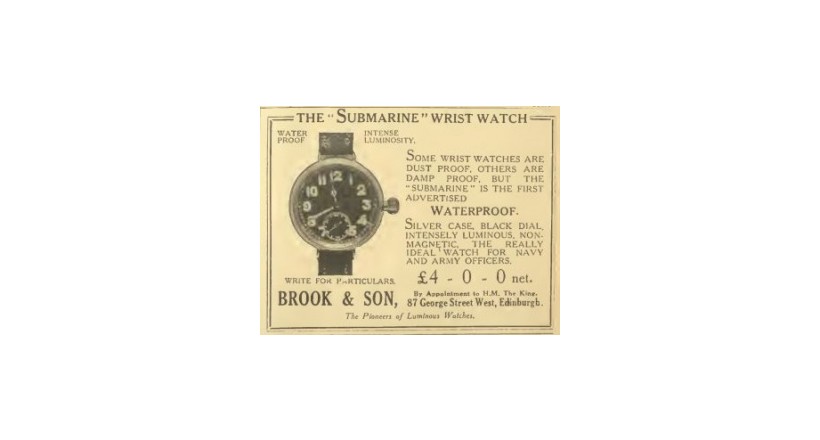 Watchmaker Henri Sandoz founded his namesake watch company, Henri Sandoz and Co., in Le Locle in 1870. He left the company in 1891 and founded a new company in the small town of Tavannes in the Canton of Bern. This company, officially named Tavannes Watch Co. SA, produced watches, watchmaking machinery, and other specialized machines.

Tavannes soon struck a distribution deal with Schwob Frères of La Chaux-de-Fonds. Many Tavannes models were sold using the Cyma brand, with sales rapidly rising from 1900 through the 1950's. By 1938, Tavannes boasted that it was the 4th largest watch manufacturer in the world, having sold over 30 million. At that time, they were employing over 3,000 skilled watchmakers to produce around 4,000 watches per day.

During WWI, the Tavannes Watch Co was approached by two British submarine commanders to consider the construction of a watch suitable for work on submarine decks awash in water. This watch was supposed to be water-tight, non-magnetic, and the balance wheel had to be of a material which shows a minimum of expansion and contraction with variations in temperature. The face had to be legible at all times. In 1917 was born the first waterproof wrist watch made by the Tavannes Watch Company.