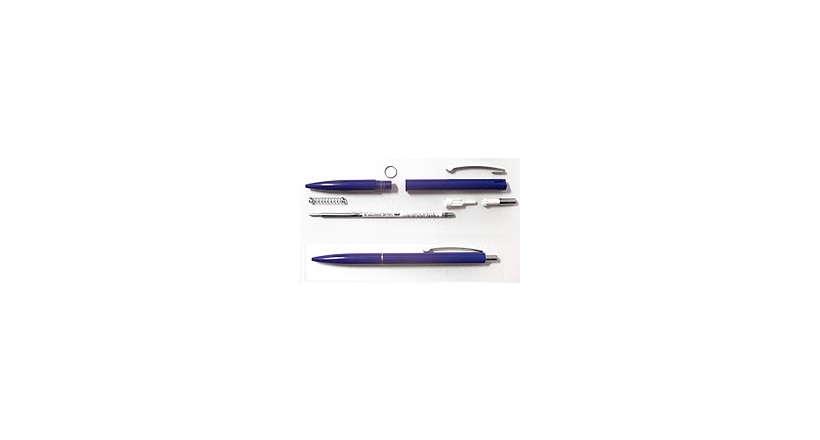 A ballpoint pen, also known as a biro or ball pen, is a pen that dispenses ink (usually in paste form) over a metal ball at its point, i.e. over a "ball point". The metal commonly used is steel, brass, or tungsten carbide. The design was conceived and developed as a cleaner and more reliable alternative to dip pens and fountain pens, and it is now the world's most-used writing instrument; millions are manufactured and sold daily.As a result, it has influenced art and graphic design and spawned an artwork genre.

Some pen manufacturers produce designer ballpoint pens for the high-end and collectors' markets.

The Bic Cristal is a popular disposable type of ballpoint pen whose design is recognized by its place in the permanent collection of the Museum of Modern Art, New York.