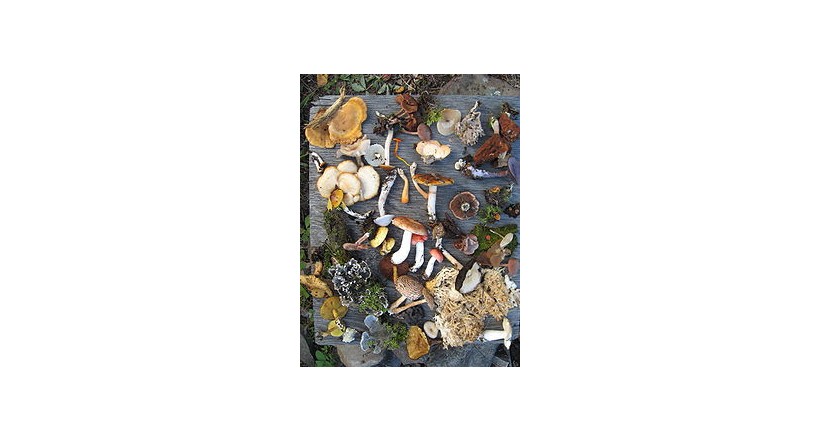 Biodiversity is the variety and variability of life on Earth. Biodiversity is typically a measure of variation at the genetic, species, and ecosystem level.Terrestrial biodiversity is usually greater near the equator,which is the result of the warm climate and high primary productivity. Biodiversity is not distributed evenly on Earth, and is richest in the tropics. These tropical forest ecosystems cover less than 10 percent of earth's surface, and contain about 90 percent of the world's species Marine biodiversity is usually highest along coasts in the Western Pacific, where sea surface temperature is highest, and in the mid-latitudinal band in all oceans. There are latitudinal gradients in species diversity. Biodiversity generally tends to cluster in hotspots, and has been increasing through time, but will be likely to slow in the future.

Rapid environmental changes typically cause mass extinctions More than 99.9 percent of all species that ever lived on Earth, amounting to over five billion species, are estimated to be extinct. Estimates on the number of Earth's current species range from 10 million to 14 million, of which about 1.2 million have been documented and over 86 percent have not yet been described.More recently, in May 2016, scientists reported that 1 trillion species are estimated to be on Earth currently with only one-thousandth of one percent described. The total amount of related DNA base pairs on Earth is estimated at 5.0 x 1037 and weighs 50 billion tonnes. In comparison, the total mass of the biosphere has been estimated to be as much as 4 TtC (trillion tons of carbon). In July 2016, scientists reported identifying a set of 355 genes from the Last Universal Common Ancestor (LUCA) of all organisms living on Earth.

The age of the Earth is about 4.54 billion years. The earliest undisputed evidence of life on Earth dates at least from 3.5 billion years ago,during the Eoarchean Era after a geological crust started to solidify following the earlier molten Hadean Eon. There are microbial mat fossils found in 3.48 billion-year-old sandstone discovered in Western Australia. Other early physical evidence of a biogenic substance is graphite in 3.7 billion-year-old meta-sedimentary rocks discovered in Western Greenland. More recently, in 2015, "remains of biotic life" were found in 4.1 billion-year-old rocks in Western Australia. According to one of the researchers, "If life arose relatively quickly on Earth .. then it could be common in the universe."

The period since the emergence of humans has displayed an ongoing biodiversity reduction and an accompanying loss of genetic diversity. Named the Holocene extinction, the reduction is caused primarily by human impacts, particularly habitat destruction.Conversely, biodiversity positively impacts human health in a number of ways, although a few negative effects are studied.