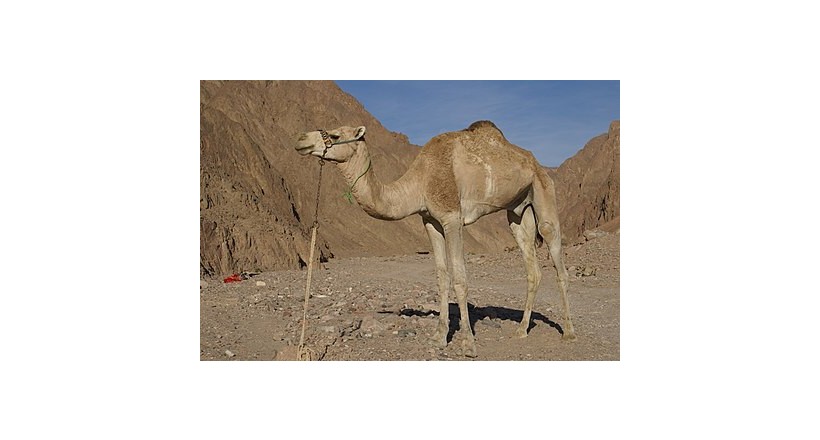 Arabic camel ( scientific name : Camelus dromedarius ) is a huge animal of double-fingered aesthetics also known by many names including the single camel hump , camel , camel , and sometimes hybrid camels . It is not known precisely the origin of the Arab wild land, but is likely to be the Arabian Peninsula . The domesticated form of these camels lives today in North Africa , the Middle East , and North India , and there are no remaining wild Arab camels in the world. The only way to study the behavior of this species in the wild is to observe the wild population introduced into Australia in the late 19th and early 1900s. Twenty . Arabian camels were introduced into the southwestern United States around the same time, but they soon became extinct because they were hunted by farmers and indigenous people because they compete with domesticated livestock for already scarce food resources in the region.