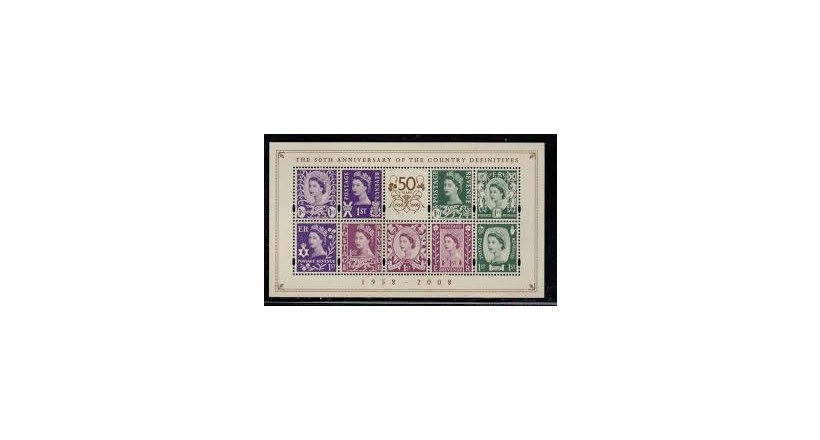 Country definitives, formerly known as regional postage stamps of Great Britain are the postage stamps issued for regions of the United Kingdom, reflecting the regional identity of the various countries and islands of the British isles.

In 1958, special regional issues were introduced, with the Channel Islands, Isle of Man, Northern Ireland, Scotland and Wales receiving their own special issues. The designs used the same portrait as the Wildings, but were specially designed to incorporate the symbols of each of the home nations and Crown dependencies.

Northern Ireland, Scotland, Wales and Isle of Man regional stamps were changed to the Machins on decimalisation, with the relevant emblems shown in the top left hand corner. They were replaced between 1999 and 2000 with new designs for the four home nations.

While generally sold at post offices in their respective areas, all were valid throughout the UK and, until they became postally independent, the Crown Dependencies.