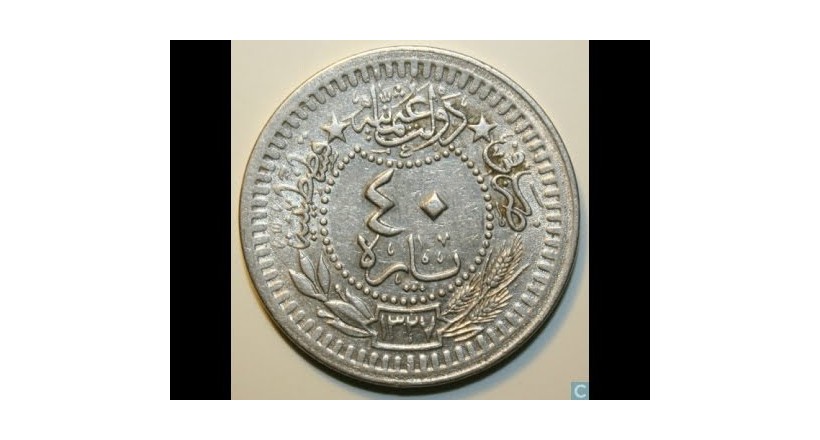 Para is a Persian word meaning a piece or part adopted by the Turks from the Persians and passed along to the people of of Egypt after the Ottoman conquest in 923 AH / 1517 AD . The smallest Egyptian silver coin was the midi or nesf Fadda which was shortened by the public to Fadda . The Ottomans dubbed it Para . Thus the name Para was used in Egypt as a synonym for Fadda . With the advent of the French Campaign to Egypt in 1213 AH / 1798 AD the piaster was equal to 40 Para . The Para was very thin so to facilitate the counting procedures in sales and large purchases they used to place every 1000 pieces equivalent to 25 piasters in paper cone . Before revoking the Para and in its last dealings it was minted from copper . Then the bag started to contain 20000 Para which is equivalent to 500 Piasters