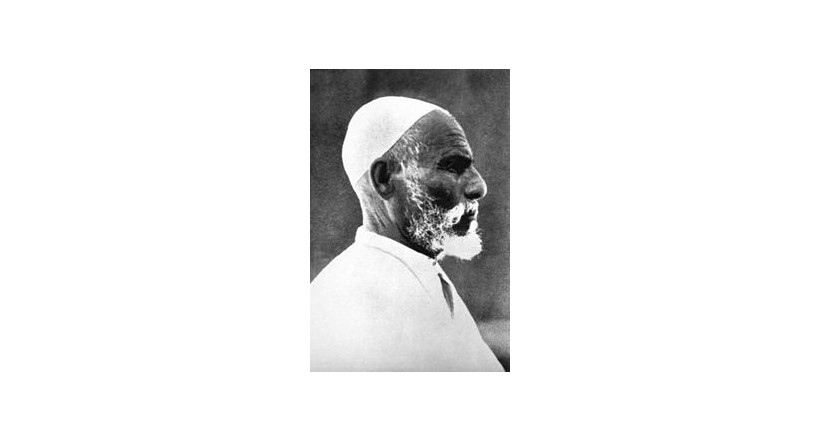 Mr. Omar bin Mukhtar bin Omar exile Hilali ( 20 August 1858 - corresponding to 10 Muharram 1275 AH - 16 September 1931 - corresponding to 3 Jumada I 1350 AH ), known as Omar al-Mukhtar , nicknamed Sheikh of Martyrs , Sheikh Mujahideen , and Lion of the Desert , is the leader of the roles of Senussi in Libya ,  one of the most famous Arab and Muslim resistance. He belongs to the house of Farhat from the Manfah al- Hilaliya tribe, which moves in the desert of Cyrenaica .

Omar al-Mukhtar fought the Italians since he was 53 years old for more than twenty years in a large number of battles, until he was arrested by the Italian soldiers, and he was held a mock trial that ended with a death sentence by hanging , where he was executed although he was old and sick, He was 73 years old and had a fever . The aim of Omar al-Mukhtar's execution was to weaken the morale of the Libyan fighters and to eliminate the anti-Italian movements, but the result was counterproductive.

Omar al-Mukhtar won the admiration and sympathy of many people during his life, and more people after his execution. The news of the elderly who fought for the sake of his country and religion attracted the attention of many Muslims and Arabs who were suffering from the yoke of the European occupation at the time, and urged the resistance to move, and after his death Hanging on the gallows, his image garnered the sympathy of more people, both eastern and western, as the mukhtar grew up in people's minds and became a martyr hero. A number of selected poets lamented after his execution. His character appeared in a 1981 film directed by Mustafa Al-Akkad, entitled " Lion of the Desert ."