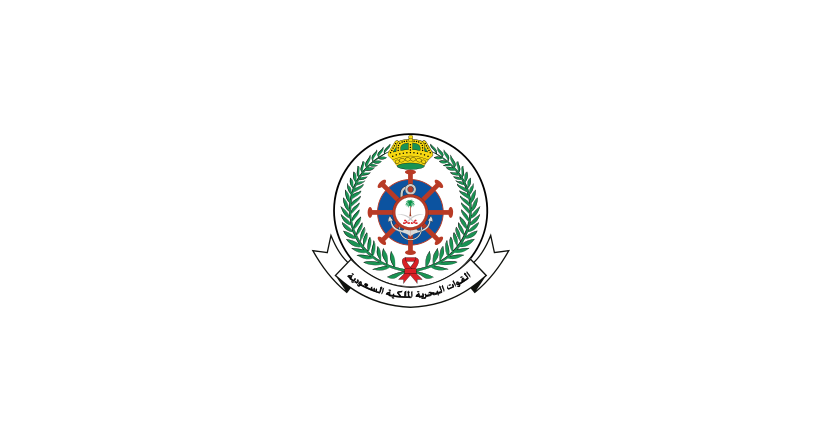 The Royal Saudi Navy  is the naval arm of the armed forces under the administration of the Ministry of Defense of the Kingdom of Saudi Arabia . Along the coasts of the Kingdom , as well as the waters of some Gulf Arab countries .  Officers of this branch graduate from the Royal Naval College in Jubail .

The naval forces, in accordance with their traditional plans of action, ensure the State's exports and imports from any foreign penetrations, protect maritime transport lines from aggressive acts such as piracy, pollution, mine laying, infiltration, smuggling and sabotage, protect coastal shelling vessels from surface, air and sub-surface threats, and engage hostile forces. Support the supply of joint forces during amphibious operations and in any armed conflict overseas. In addition, assist civil state authorities in evacuation and rescue operations, during disasters and crises. The Royal Navy's General Headquarters is located within the headquarters of the General Staff in the Saudi capital of Riyadh . The Royal Commander of the Royal Navy is currently Lieutenant General Fahad bin Abdullah Al Ghufaili .

The Saudi Navy is heavily armed, as most of the naval vessels are Western-made (French, British, American), and currently contain more than 300 warships (frigates, boats, minesweepers, support vessels and support), and has a naval aviation force led by Eurocopters , Many naval military installations (bases, airports, command centers, maritime supply centers, operation and maintenance centers, and advanced health facilities) with approximately 60,000 officers and sailors, including more than 12,000 marines ,  and two eastern fleets King Abdul Aziz base ) in Jubail , west ( King Faisal base ) in Jeddah , and b This shows the Saudi navy controlling the two most important waterways in the Middle East , and has been classified as one of the region's most significant naval powers.