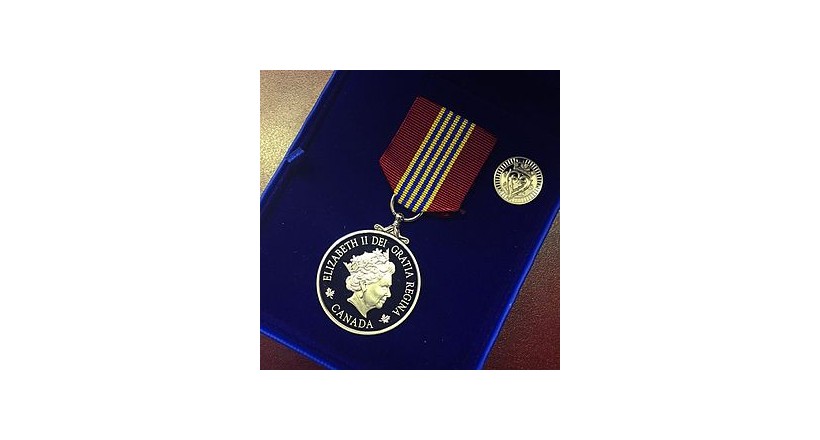 The Sovereign's Medal for Volunteers (French: Médaille du souverain pour les bénévoles) is a Canadian decoration intended to honour volunteers who have made a significant and continual contribution to their community, either in Canada or abroad. The medal was initially conceived by Governor General Roméo LeBlanc as the Governor General's Caring Canadian Award and created in November 1995, to award volunteers. It was replaced on 15 July 2015 by the Sovereign's Medal for Volunteers.The medal is intended for an individual whose unpaid, voluntary contributions, behind-the-scenes, provide extraordinary help or care to individuals or groups in the community. Nominees must be living Canadian citizens or permanent residents, but may belong to any age group; recipients typically have not previously been recognized by a national or provincial honour. Small groups may also be nominated; all members may receive the medal if they have contributed equally.

The certificate and lapel pin are presented to recipients by a dignitary, such as a lieutenant governor, territorial commissioner, or mayor. On occasion, the governor general presents the medal during regional visits.

All previous honouree of the Caring Canadian Award will receive the Sovereign's Medal for Volunteers. As of November 30, 2017, the award has been presented to over 3300 Canadians across the country.