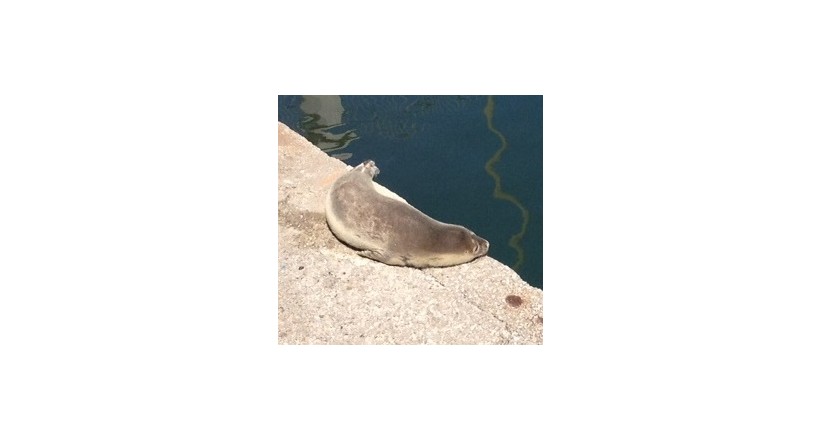 The Mediterranean monk seal (Monachus monachus) is a monk seal belonging to the family Phocidae. As of 2015, it is estimated that fewer than 700 individuals survive in three or four isolated subpopulations in the Mediterranean, (especially) in the Aegean Sea, the archipelago of Madeira and the Cabo Blanco area in the northeastern Atlantic Ocean. It is believed to be the world's rarest pinniped species