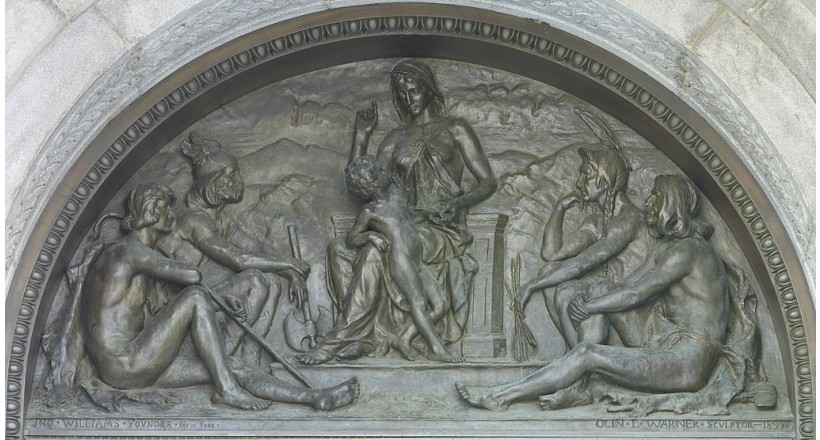 A tradition is a belief or behavior passed down within a group or society with symbolic meaning or special significance with origins in the past. Common examples include holidays or impractical but socially meaningful clothes (like lawyers' wigs or military officers' spurs), but the idea has also been applied to social norms such as greetings. Traditions can persist and evolve for thousands of years—the word tradition itself derives from the Latin tradere literally meaning to transmit, to hand over, to give for safekeeping. While it is commonly assumed that traditions have ancient history, many traditions have been invented on purpose, whether that be political or cultural, over short periods of time. Various academic disciplines also use the word in a variety of ways.

The phrase "according to tradition", or "by tradition", usually means that whatever information follows is known only by oral tradition, but is not supported (and perhaps may be refuted) by physical documentation, by a physical artifact, or other quality evidence. Tradition is used to indicate the quality of a piece of information being discussed. For example, "According to tradition, Homer was born on Chios, but many other locales have historically claimed him as theirs." This tradition may never be proven or disproven. In another example, "King Arthur, by tradition a true British king, has inspired many well loved stories." Whether they are documented fact or not does not decrease their value as cultural history and literature.

Traditions are a subject of study in several academic fields, especially in social sciences such as anthropology, archaeology, and biology.

The concept of tradition, as the notion of holding on to a previous time, is also found in political and philosophical discourse. For example, it is the basis of the political concept of traditionalism, and also strands of many world religions including traditional Catholicism. In artistic contexts, tradition is used to decide the correct display of an art form. For example, in the performance of traditional genres (such as traditional dance), adherence to guidelines dictating how an art form should be composed are given greater importance than the performer's own preferences. A number of factors can exacerbate the loss of tradition, including industrialization, globalization, and the assimilation or marginalization of specific cultural groups. In response to this, tradition-preservation attempts have now been started in many countries around the world, focusing on aspects such as traditional languages. Tradition is usually contrasted with the goal of modernity and should be differentiated from customs, conventions, laws, norms, routines, rules and similar concepts.