Al-Midi ( Nesf Fadda or Half Silver ) 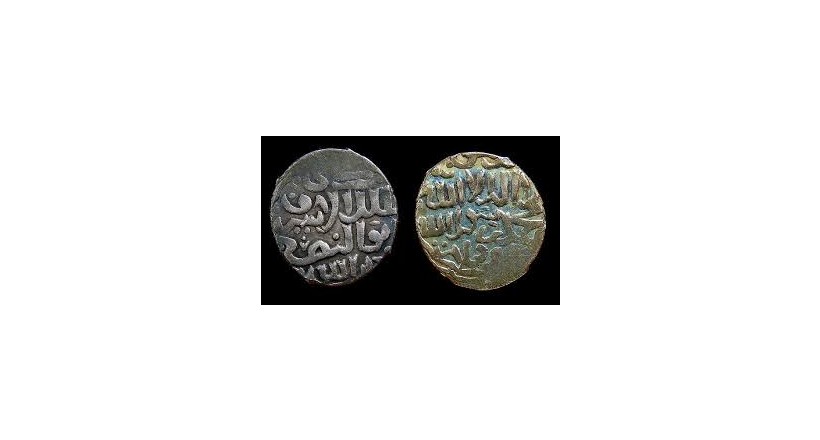 Medi is an old Egyptian coin that was minted for the first time in the reign of Sultan Muayad Sheikh who ruled Egypt in ( 815 AH / 1412 AD ) where he minted silver half dirhams and dubbed them ' Nesf – Fadda ' and the public shortened it to ' Fadda ' They  also dubbed it ' Muayadi ' after Muayad Sheikh then they curtailed it to ' midi ' . The French campaign scientists have noted that the weight of Nesf Fadda in ( 1176 AH / 1762 AD ) was half a gram it was minted from half silver and half copper alloy . By time its fineness went down and it became lighter in weight . It was then minted from 350/1000 silver fineness and became as thin as paper . A thousand pieces would weighs around 225 grams . According to documents in Sharia Court it was mentioned in the name of Ansaf Fadda diwany , diwany means complete . It was also mentioned as half silver maqasees , maqasees means missing weight  as a result of clipping . It was the custom of the Jews in Egypt to cut the edges of gold and silver coins .