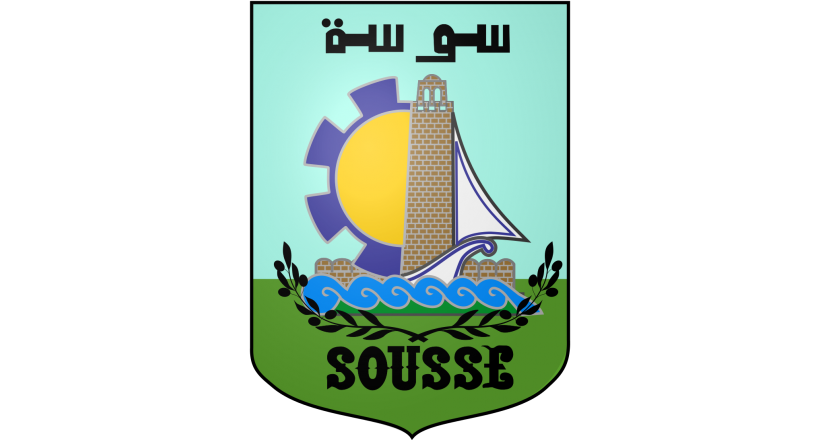 Sousse or Soussa:is a city in Tunisia, capital of the Sousse Governorate. Located 140 km (87 mi) south of the capital Tunis, the city has 271,428 inhabitants (2014). Sousse is in the central-east of the country, on the Gulf of Hammamet, which is a part of the Mediterranean Sea. Its economy is based on transport equipment, processed food, olive oil, textiles, and tourism. It is home to the Université de Sousse.Sousse and Soussa are both French spellings of the Arabic name Sūsa, which may derive from Berber (cf., e.g., Morocco's Sous River and Region). The present city has also grown to include the ruins of Hadrumetum, which had many names in several languages during antiquity

In the 11th century  Tyrians established Hadrumetum as a trading post and waypoint along their trade routes to Italy and the Strait of Gibraltar. Its establishment (at a river mouth about 9.7 km or 6 mi north of old Sousse)preceded Carthage's but, like other western Phoenician colonies, it became part of the Carthaginian Empire following Nebuchadnezzar II's long siege of Tyre in the 580s and 570s bc.

The city featured in the Third Sicilian War, the Second and Third Punic Wars (in the latter of which it secured additional territory and special privileges by aiding Rome against what was left of the Carthaginians), and Caesar's Civil War, when it was the scene of Caesar's famously deft recovery: upon tripping while coming ashore, he dealt with the poor omen this threatened to become by grabbing handfuls of dirt and proclaiming "I have you now, Africa!" (Latin: Teneo te Africa!) The second city in Roman Africa after Carthage, it became the capital of the province of Byzacena during the Diocletianic Reforms. Its native sons included the jurist Salvius Julianus, the emperor Clodius Albinus, and numerous Christian saints. The Roman and Byzantine catacombs beneath the city are extensive.

The Vandals sacked Hadrumetum in 434 but it remained a place of importance within their kingdom; a bishop and proconsul were martyred there during the Vandals' periodic forced conversions of their subjects to Arianism. The Byzantine Empire reconquered the town in 534 during the Vandal War and engaged in a public works program that included new fortifications and churches. The town was sacked during the Umayyad Caliphate's 7th-century conquest of North Africa. According to a 1987 ICOMOS report, Uqba ibn Nafi's siege and capture of the city resulted in its almost complete destruction, such that no monument of Hadrumetum "subsists in situ