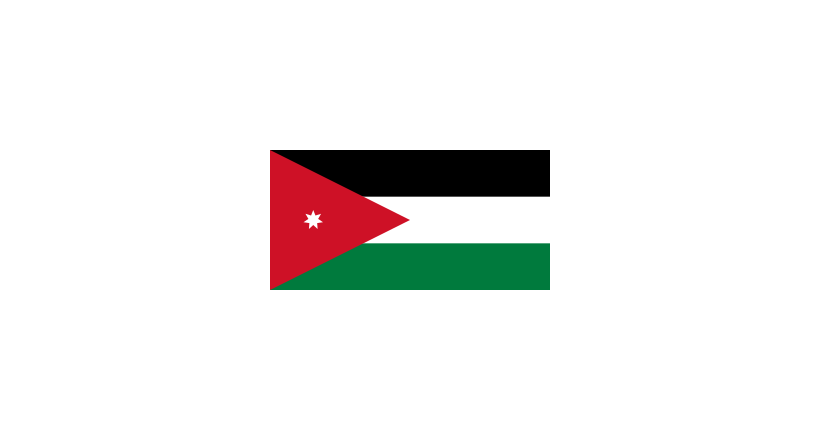 The flag of Jordan is the official flag of the Hashemite Kingdom of Jordan . Its official use began on 16 April 1928. It is derived from the flag of the Great Arab Revolt, proclaimed by the Sharif of Mecca Sharif Hussein on the Ottoman Empire in 1916. It consists of four colors.

In 2011, during the Asian Cup in Doha , the entry of the Jordanian flag to the Guinness Book of Records was nominated as the largest flag raised during a football match in the world.