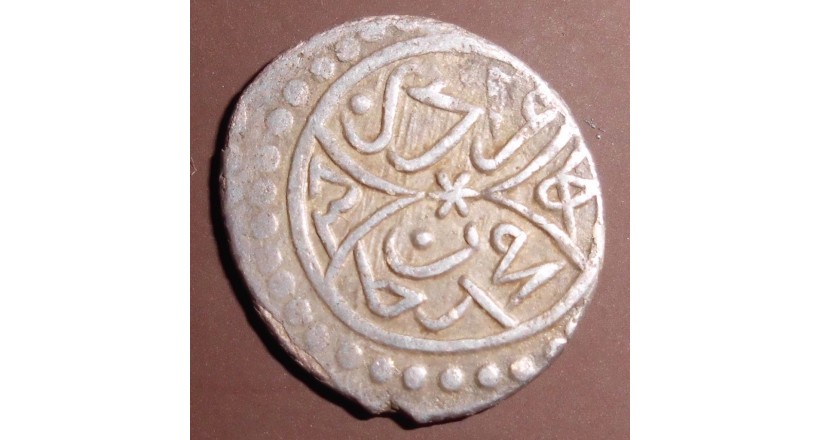 Al Oqaga is the smallest Ottomn silver currency minted for the first time in the reign of Sultan Orkhan Ghazi in ( 739 AH / 1328 AD ) weighing 1.15 grams of fineness silver 900/1000 and it was very white . The Ottomans dubbed it ' Akce ' which means very white in the Turkish language . It was also famous by the name ' Oqah Usmani ' . After the Ottoman conquest of Egypt Al-Alcheh was minted in Egypt and the Egyptians dubbed it ' Ekhsha ' or ' Aksha ' . Al – Akcheh was also dubbed Asper . which is derived from the Greek ' Aspreun ' meaning white . It was mentioned in the documents of the old Egyptian courts as ' Ottoman ' silver . With the Passage of time Al-Oqaga's value has depreciated and it became of a little value low fineness small – size and thin like paper each weighing 0.15 grams where every one thousand pieces were placed in a bag and mostly the transactions were made by weight and not by count .