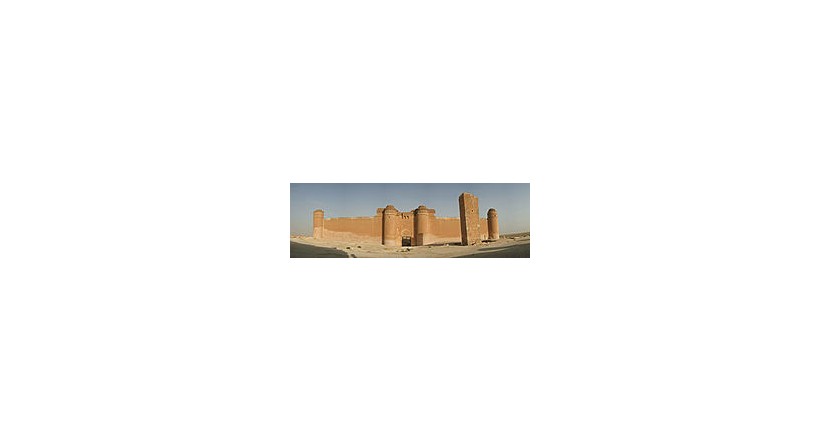 Qasr al-Hayr al-Sharqi  is a castle (qasr) in the middle of the Syrian Desert. It was built by the Umayyad caliph Hisham ibn Abd al-Malik in 728-29 CE in an area rich in desert fauna. It was apparently used as a military and hunting outpost. The palace is the counterpart of Qasr al-Hayr al-Gharbi, a nearby castle palace built one year earlier.Qasr al-Hayr al-Sharq is 27 kilometres (17 mi) from Al-Sukhnah and 100 kilometres (62 mi) from Sergiopolis (Rusafa), near Bishri Mountain near Palmyran Middle Mountains.During Syria Civil War, Qasr al-Hayr al-Sharqi was captured by armed groups in 2013, then by ISIS. The Castle have been damaged by looting and vandalism. The visitor house has been burgled. The Syrian Army recaptured the castle on 22 August 2017. ISIS recaptured the castle again on 30 September 2017.