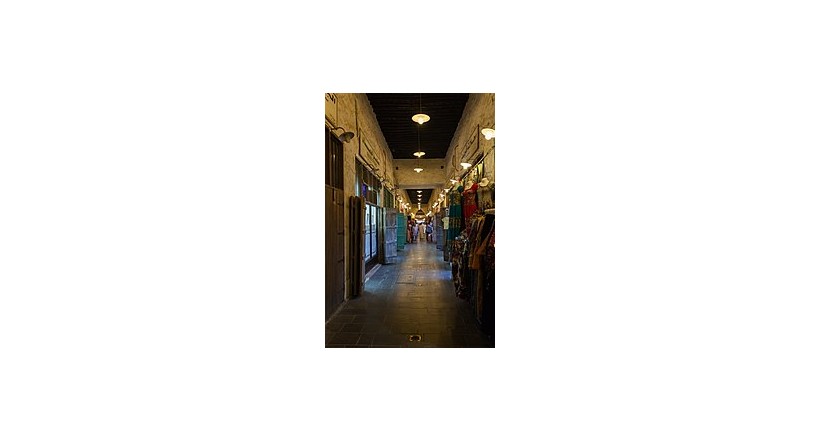 Souq Waqif (Arabic: سوق واقف Sūq Wāqif, "the standing market") is a marketplace (souq) in Doha, in the state of Qatar. The souq is noted for selling traditional garments, spices, handicrafts, and souvenirs. It is also home to dozens of restaurants and Shisha lounges. Although it dates back at least a hundred years, it was renovated in 2006 to conserve its traditional Qatari architectural style. It is often perceived to be the only lasting area in Doha that retains an authentic feel notably in reference to its commerce, architecture and culture. The area is very popular with locals and expats alike (especially on weekends) as it offers multiple dining options in the same location.It is located in the district of Al Souq which is situated in the center of Doha. As it was a market used for trading activities, the area used to be located immediately adjoining the shore to allow for boats to access it. Although still facing the water, the direct link to the water front for boats is now divided by a major road and the recently completed park.The souq was founded at least a century ago in proximity of the dry river bed known as Wadi Musheireb. It was a gathering place where Bedouins and locals would trade a variety of goods, primarily livestock goods. However with the boom in prosperity in the 1990s, the Souq fell in decline and in 2003, most of it was destroyed in a fire. This event initiated a restoration program by the government in 2006, with the purpose of preserving its architectural and historical identity. The first phase of restoration was funded by the Emir Sheikh Hamad bin Khalifah al Thani and his wife Sheikha Moza bint Nasser. Buildings constructed after the 1950s were demolished whereas older structures were refurbished. The restoration was completed in 2008. Traditional heating methods are employed by utilizing wood and bamboo imported from various areas of Asia.