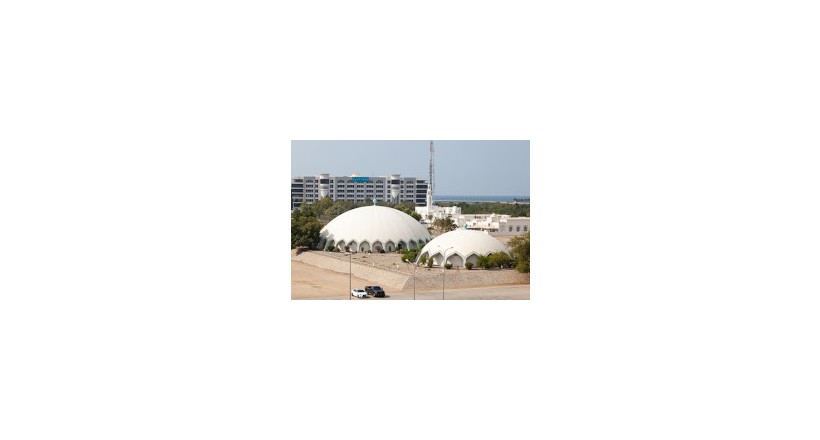 The Oman Children's Museum is a children's science museum, located near Qurum Nature Park off Sultan Qaboos Street in a white-domed building in Muscat, Oman.

The museum was established by the Ministry of National Heritage and Culture and opened on November 17, 1990 by Sultan Qaboos bin Said al Said on the 20th National Day celebration in Oman. The museum has 45 exhibits and two demonstrations and comprises 10,000 square feet (930 m2). It was the first science museum in Oman and is visited by around 50,000 visitors annually. The museum is currently run by a former school teacher, Samirah Ahmed al Raisi, who has run the museum for over six years.

The museum addresses the scientific ways of human life and the exhibition section is divided into three parts; The Human life, Physics and observation which investigates the progression of science through the ages.

The museum has many hands-on displays. These include experiences of a fake electric shock, trigger a lightning bolt, launching a hot air balloon, photographing your own shadow, and sending message through a whisper dish. There is also a display named "Eye Spy", which is series of perception panels with illusions designed to offer some insight into how your eyes and brain see things differently.