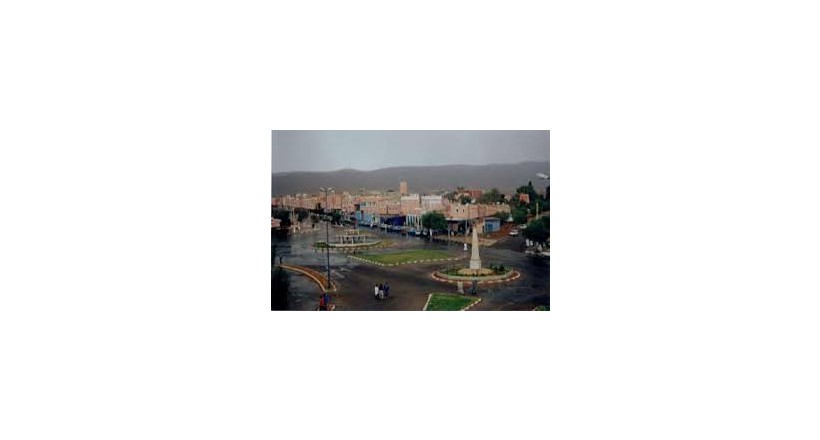 Bouizakarne (, Bū Yazākārn) is a town in Guelmim Province, Guelmim-Oued Noun, southern Morocco. In the 2004 census, it had a population of 11,982, the fifth-largest in the region and second-highest in the province after the regional capital Guelmim. Bouizakarne lies at the junction of the N1 and N12 highways, with the N1 linking it to the nearby Souss-Massa region to the north and Guelmim to the southwest.