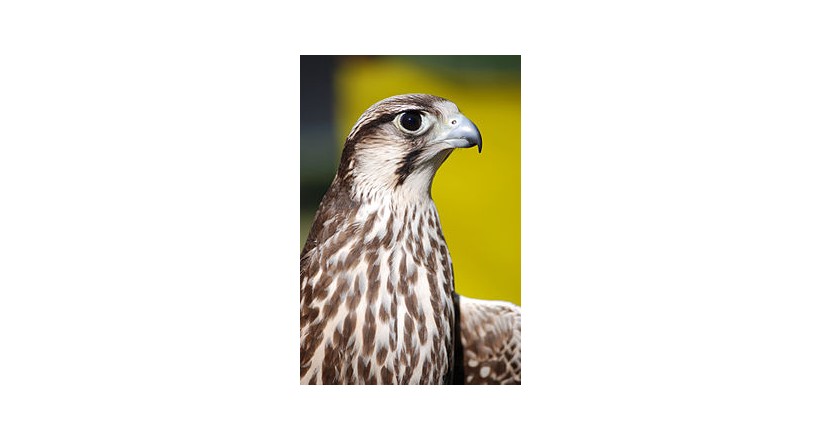 Falcon is a bird of prey species of hawks .

Falcon eggs hatch in late summer and the female falcon hunts prey from migratory birds at that time to feed their small chicks, if hatched eggs of falcon eggs and the chick is left by his mother without food or feed him to other strong chicks. Falcons with many types of the most important free falcon, which is famous for its types ( Groodi and Peregrine and Hijazi) and Falcon Shaheen and Al- Awsak and Shami lime, Moroccan, Persian, Bukhari and Alokri.

Falcon is a skilled fisherman who has been hunting for prey to feed them, which has led many to take advantage of this feature to train him for hunting . In some countries, the falcon is bred as a reliable pet to feed the rabbit and some birds.

The falcon belongs to the family of falcons or hawks ranging in length from 25 to 70 centimeters and weighs 2 kg, females are larger than males in all species.

Falcons build their nests in rocky reefs, in trees or on the ground and generally build nests from sticks, but some hawks build nests from amelids (small branches), herbs and other plant material. Young hawks are all white and weak without their parents.