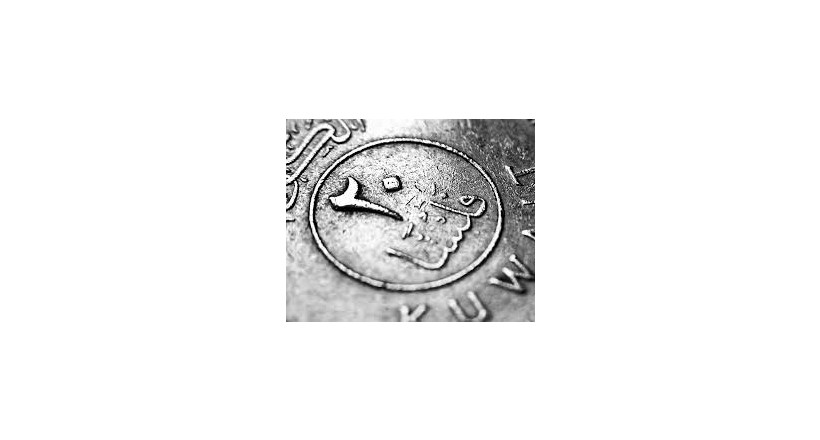 The word Fils is originally derived from the Greek language . Its plural in Arabic Felous means money in general . Professor Linpole says that the word fils means any piece of currency accepted by weight . Since the dawn of Islam the term was most commonly used in reference to the copper coin .Arabs have borrowed this mint fils from the Byzantines who called it Folis , which was worth 40 nemya . the letter M used to symbolize the number 40 , which was engraved on the coin's obverse . It weighed 30 grams and then it started to gradually decrease in weight till it reached six grams by the time of the Islamic conquest . The Fils was used in simple purchase operations . The oldest Fils minted by the arabs following Hercules model 17 AH had the name of Caliph Omar Ibn El-Khattab may Allah be pleased with him engraved . The ratio between the Dirham and the Fils in the early Islamic era is 48 to 1. This has changed over time and place .