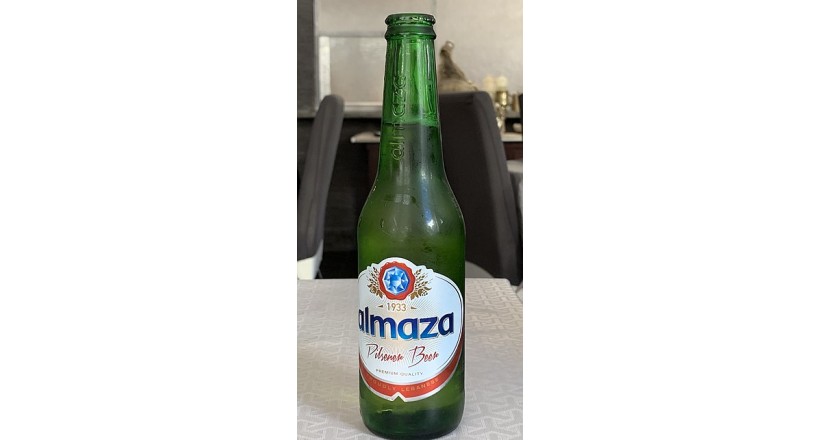 Almaza is a brand of Lebanese pilsner beer produced since 1933 by the Almaza SAL Brewery (formerly "Franco-Libano-Syrian Brewery" and "Brewery and Malterie Almaza"). It is exported to Canada, the United States, the United Kingdom, France, Australia and the Middle East. It contains more than 25% corn as an ingredient.

It was bought by the Heineken group.