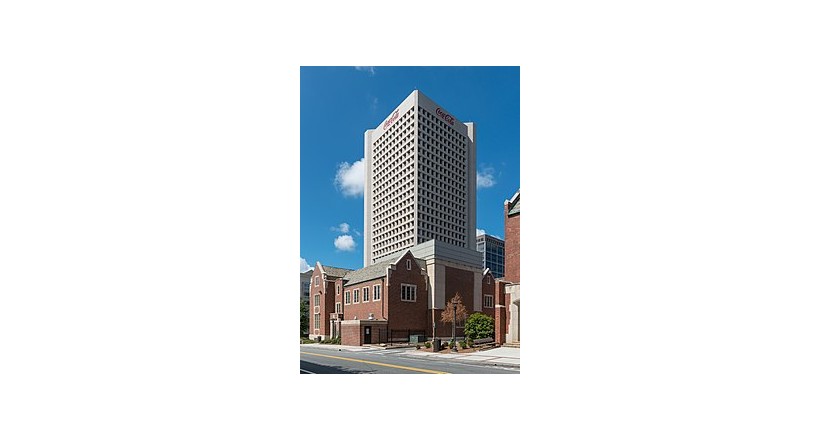 The Coca-Cola Company is an American multinational corporation, and manufacturer, retailer, and marketer of nonalcoholic beverage concentrates and syrups. The company is best known for its flagship product Coca-Cola, invented in 1886 by pharmacist John Stith Pemberton in Atlanta, Georgia.The Coca-Cola formula and brand were fully bought with US$2,300 in 1889 by Asa Griggs Candler, who incorporated The Coca-Cola Company in Atlanta in 1892.

The company—headquartered in Atlanta, Georgia, but incorporated in Wilmington, Delaware[8]—has operated a franchised distribution system since 1889: the Company largely produces syrup concentrate, which is then sold to various bottlers throughout the world who hold exclusive territories. The company owns its anchor bottler in North America, Coca-Cola Refreshments. The company's stock is listed on the NYSE and is part of DJIA, the S&P 500 index, the Russell 1000 Index, and the Russell 1000 Growth Stock Index.