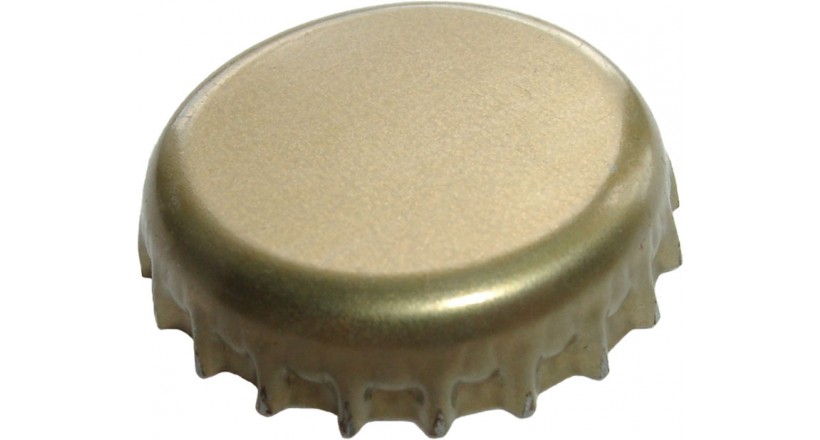 A bottle cap seals the top opening of a bottle. A cap is typically colourfully decorated with the logo of the brand of beverage. Plastic caps are used for plastic bottles, while metal with plastic backing is used for glass; the metal is usually steel. Plastic caps may have a pour spout. Flip-Top caps like Flapper closures provide controlled dispensing of dry products. Caps for plastic bottles are often made of a different type of plastic from the bottle.

Caps were originally designed to be pressed over and around the top of a glass bottle to grab a small flange on the bottleneck.

The crown cork was patented by William Painter on February 2, 1892 (U.S. Patent 468,258). It had 24 teeth and a cork seal with a paper backing to prevent contact between the contents and the metal cap. The current version has 21 teeth. To open these bottles, a bottle opener is generally used.

The height of the crown cap was reduced and specified in the German standard DIN 6099 in the 1960s. This also defined the "twist-off" crown cap, now used in the United States, Canada, and Australia. This cap is pressed around screw threads instead of a flange and can be removed by twisting the cap by hand, eliminating the need for an opener.