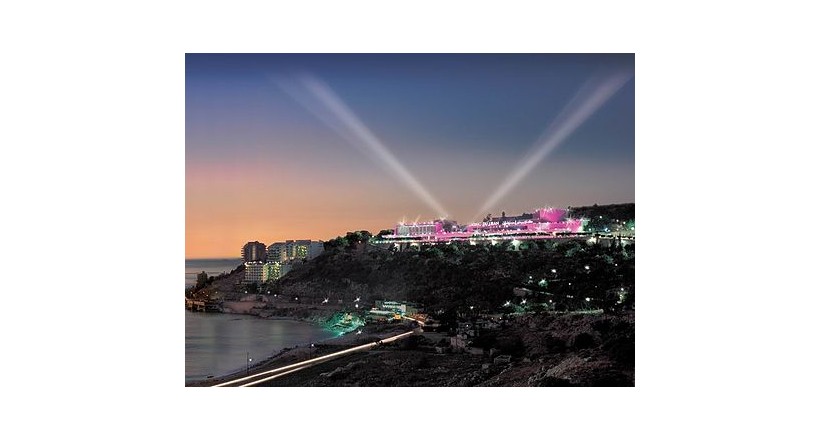 Casino du Liban is a casino located in Maameltein, Jounieh in Lebanon and is 22 km north of Beirut.

With an area of about 35,000 square meters, the casino has around 400 slot machines and 60 gaming tables. It has a showroom, night club, theater, banquet facility and five restaurants. The casino was first opened in 1959. It closed in 1989 during the Lebanese Civil War and reopened in 1996 after a $50 million reconstruction and refurbishment project.

The Casino du Liban is majority-owned by Intra Investment Company, a Lebanese government-controlled company which is the remainder of the former Intra Bank, with the remainder of the shares held by private companies and individuals.The casino is managed by London Clubs International, a subsidiary of Caesars Entertainment Corporation.

In his memoir of the international hotel business, Shadow of the Sun: Travels And Adventures in the World of Hotels, Peter J. Venison wrote that the Casino du Liban "was elegant, yet the cabaret was spectacular and rivaled anything that Las Vegas could offer". He also described it as a backdrop of a James Bond novel where clientele from the richest elite of European and Arabian societies ventured into the casino in formal black-tie attire.