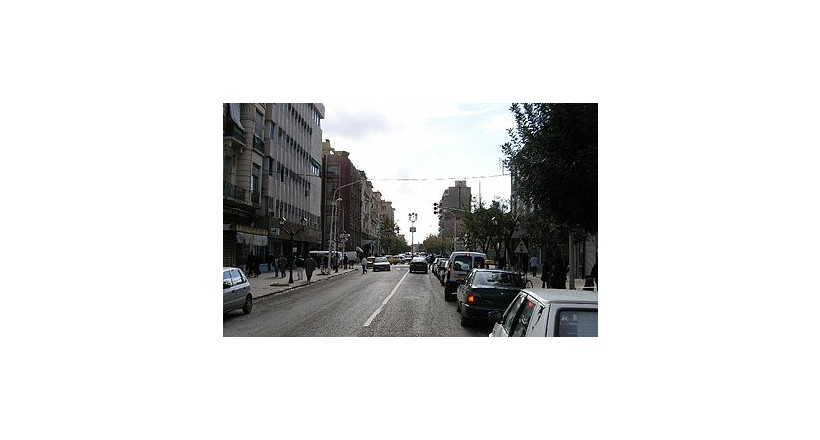 Sidi Bel Abbès , also called Bel Abbès is capital (2005 pop. 200,000) of the Sidi Bel Abbès wilaya (2005 pop. 590,000), Algeria. It is named after Sidi bel Abbass, a Muslim marabout or noble man who is buried there. The city is the commercial center of an important area of vineyards, market gardens, orchards, and grain fields. It was formerly surrounded by a wall with four gates and there is a university there. Sidi Bel Abbès is 75 kilometers from the Mediterranean Sea.

The present city, on the Wadi Chelif River, developed around a French camp built in 1843. In 1849 a planned agricultural town was established around the existing military post. From the 1830s until 1962 the city was closely associated with the French Foreign Legion, being the location of its basic training camp, and the headquarters of its 1st Foreign Regiment. In the late 1890s the town, described as being of Spanish appearance, had a civilian population of about 30,000. The main buildings were in the French military district of the Quartier Vienot.The training centre of the modern Algerian National Gendarmerie is located in Sidi Bel Abbès.

In the 1930s much of the old city walls were demolished. Wide boulevards and squares replaced the traditional quarters, causing the town to lose much of its former character.

The city sits astride both sides of the Mekerra River, and a Lake 'Sidi Mohamed' Benali Which is an important reserve of water in the area.