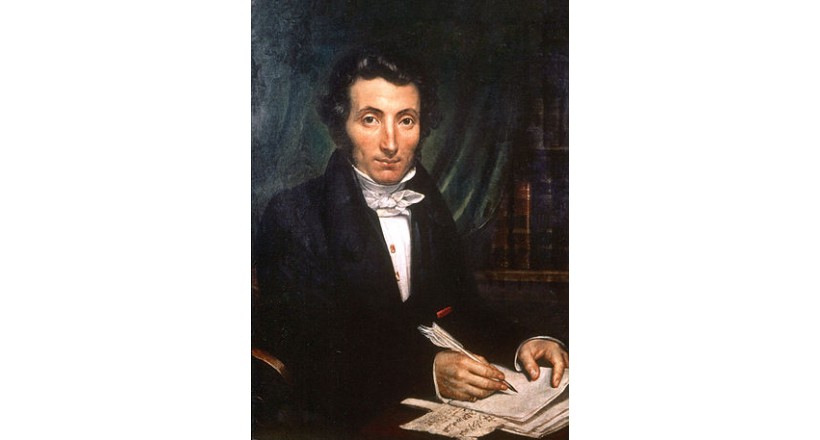 Auguste René Caillié([ʁə.ne ka.je]; 19 November 1799 – 17 May 1838) was a French explorer and the first European to return alive from the town of Timbuktu. Caillié had been preceded at Timbuktu by a British officer, Major Gordon Laing, who was murdered in September 1826 on leaving the city.[3] Caillié was therefor the first to return alive.

Caillié was born in western France in a village near the port of Rochefort. His parents were poor and died while he was still young. At the age of 16 he left home and signed up as a member of the crew on a French naval vessel sailing to Saint-Louis on the coast of modern Senegal in western Africa. He stayed there for several months and then crossed the Atlantic to Guadeloupe on a merchantman. He made a second visit to West Africa two years later when he accompanied a British expedition across the Ferlo Desert to Bakel on the Senegal River.

Caillié returned to Saint-Louis in 1824 with a strong desire to become an explorer and visit Timbuktu. In order to avoid some of the difficulties experienced by the earlier expeditions, he planned to travel alone disguised as a Muslim. He persuaded the French governor in Saint-Louis to help finance a stay of 8 months with the nomadic people in the Brakna Region of southern Mauritania where he learned Arabic and the customs of Islam. He failed to obtain further funding from either the French or the British governments, but encouraged by the prize of 9,000 francs offered by the Société de Géographie in Paris for the first person to return with a description of Timbuktu, he decided to fund the journey himself. He worked for a few months in the British colony of Sierra Leone to save some money, then travelled by ship to Boké on the Rio Nuñez in modern Guinea. From there in April 1827 he set off across West Africa. He arrived in Timbuktu a year later and stayed there for two weeks before heading across the Sahara Desert to Tangier in Morocco.

Caillié married and settled near his birthplace. He suffered from poor health and died of tuberculosis aged 38.