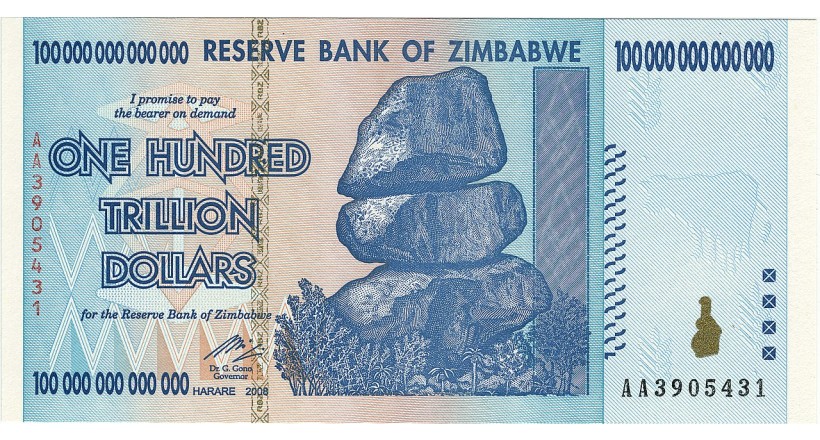 Zimbabwe Dollar (ZWD) was the official currency of Zimbabwe from 1980 to April 12, 2009 after the Rhodesian dollar was the currency used there. Write $ abbreviation or Z $ to distinguish it from other dollars . The Zimbabwe Dollar is divided into 100 cents .

On April 12, 2009, Zimbabwe decided to suspend trading in the local dollar, replacing it with the US dollar or South African rand, after the price of one US dollar reached 500 billion Zimbabwean dollars in 2008. In the midst of the economic crisis that made the Zimbabwe dollar worthless, people were forced to carry bags full of cash. In order to shop and buy their basic needs, prices were doubling, prompting the government to suspend work in local currency