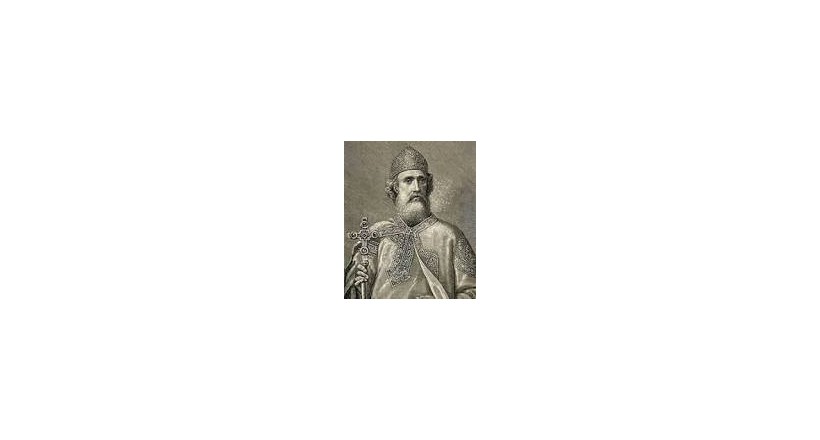 Vladimir the Greawas a prince of Novgorod, grand Prince of Kiev, and ruler of Kievan Rus' from 980 to 1015.

Vladimir's father was prince Sviatoslav of the Rurik dynasty.After the death of his father in 972, Vladimir, who was then prince of Novgorod, was forced to flee to Scandinavia in 976 after his brother Yaropolk had murdered his other brother Oleg and conquered Rus'. In Sweden, with the help of his relative Ladejarl Håkon Sigurdsson, ruler of Norway, he assembled a Varangian army and reconquered Novgorod from Yaropolk.By 980, Vladimir had consolidated the Kievan realm from modern-day Belarus, Russia and Ukraine to the Baltic Sea and had solidified the frontiers against incursions of Bulgarian, Baltic tribes and Eastern nomads. Originally a follower of Slavic paganism, Vladimir converted to Christianity in 988and Christianized the Kievan Rus'. He is thus also known as Saint Vladimir.