Coat of arms of Ukraine 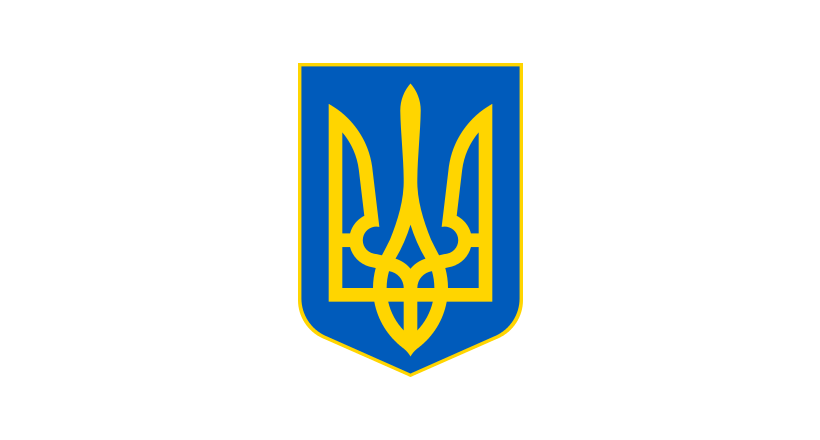 The state coat of arms of Ukraine, officially referred to as the Sign of the Princely State of Volodymyr the Great[1] (Constitution of Ukraine, Article 20) or commonly the Tryzub (Ukrainian: Тризуб, "trident"), is the national coat of arms of Ukraine, featuring the same colors found on the Ukrainian flag; a blue shield with a gold trident. It appears on the Presidential Standard of Ukraine. Blue-coloured tridents are considered to be irregular representation by the Ukrainian Heraldry Society.

The trident was not thought of as a national symbol until 1917, when one of the most prominent Ukrainian historians, Mykhailo Hrushevsky, proposed to adopt it as a national symbol (alongside other variants, including an arbalest, a bow or a cossack carrying a musket, i.e. images that carried considerable historical and cultural and heraldic significance for Ukraine). On 25 February 1918, the Central Rada (parliament) adopted it as the coat of arms of the short-lived Ukrainian People's Republic.

During the Soviet period of 1919–1991 and independence between 1991–1992 the state symbols were consistent with the Russian SFSR and the Soviet Union – a hammer and sickle over the rising sun.