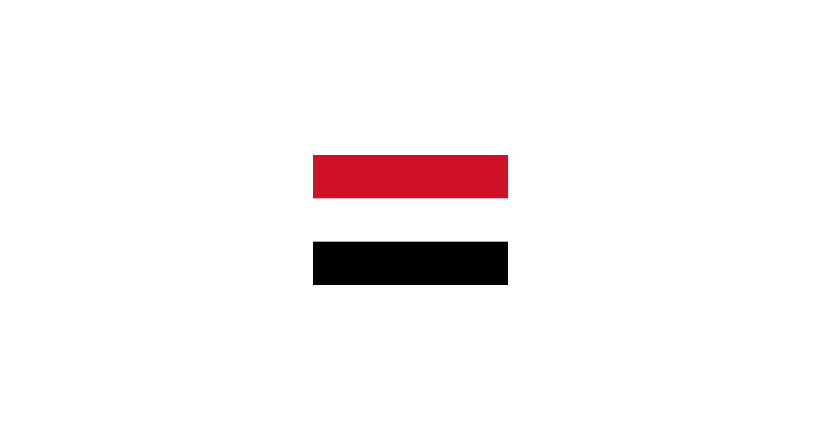 Yemen (officially: the Republic of Yemen ) is an Arab country located southwest of the Arabian Peninsula in Western Asia . It has an area of ​​about 555,000 square kilometers  and a population of 26,687,000 according to the 2015 population projection .  Yemen borders Saudi Arabia to the north and Oman to the east, with a southern coast on the Arabian Sea and a west coast on the Red Sea . Yemen has more than 200 islands in the Red Sea and the Arabian Sea, the largest of which is Socotra and Hanish . Yemen's constitution provides for state democracy, multi-party and political pluralism, a free economic system, adherence to international conventions and covenants enshrined in the Universal Declaration of Human Rights, and Islamic law as the primary source of legislation. Yemen is a member of the League of Arab States, the United Nations , the Non-Aligned Movement, the Organization of Islamic Cooperation and the World Trade Organization .

Yemen is one of the oldest centers of civilization in the ancient world. It is not known exactly when the history of ancient Yemen began, but some inscriptions of Mesopotamian civilization suggest that it began a long time ago. Sheba, for example, is mentioned in a Sumerian text from around 2500 BC, from the middle of the third millennium BC.  The inscriptions found in Yemen reveal the ancient history of Yemen dating back to the late second millennium BC. One of the most important and famous kingdoms of ancient Yemen is the Kingdom of Sheba, Ma'in, Qutban , Hadhramaut and Himyar , and they were responsible for developing one of the oldest alphabets in the world known as Musnad calligraphy ,more archaeological texts, writings and evidence in Yemen than other regions of the Arabian Peninsula,  Happy Arabic . Several medieval states, such as the Ziyadid state, the Yafarite state, the Zaydi Imamate, and the Taharist state, were the most powerful of the apostolic states . The so-called northern Yemen became independent from the Ottoman Empire in 1918, and the Mutawakkilite Kingdom of Yemen was overthrown in 1962 and the establishment of the Arab Republic of Yemen , while southern Yemen remained a British protectorate until 1967 and the establishment of the People's Democratic Republic of Yemen . Yemeni unity was achieved on May 22, 1990 .

Yemen's economy relies on limited oil and gas resources that have not been well exploited, and this sector remains the most undeveloped.  Historically, Yemen has been an agricultural country and relies on revenues from its sea lanes and ports. The country is experiencing difficult political and economic conditions as a result of corruption and armed conflicts that impede development. Yemen is a developing country and among the least developed countries and ranked eighth in the list of the most vulnerable countries in the world in 2014 .

Popular protests erupted demanding the overthrow of Ali Abdullah Saleh 's regime in 2011 , which has ruled Yemen since 1978 . This system was described as " feudalism, which developed into a mixture of kleptocracy and plutocracy ." Saudi Arabia put forward an initiative to maintain its influence through figures from that regime,\approved by the international community to continue counterterrorism operations.\ President Saleh stepped down and 500 of his aides were immune from prosecution through the House of Representatives .\ His deputy, Abed Rabbo Mansour Hadi, was elected in a single candidate election on 21 February 2012 to head a two-year transition. The Yemen National Dialogue sessions were held on March 18, 2013 and concluded with the signing of the Comprehensive National Dialogue document . Hadi's term was extended for another year by participants during that conference.

The transition period was constantly hampered by the unrest among the key players in the 2011 crisis: Ali Abdullah Saleh and his supporters on the one hand, Ali Mohsen al-Ahmar and the Abdullah al- Ahmar family on the other,  Saleh obstructed him to ensure the continuity of his family's power in power, and supporting his rivals as long as they guaranteed Free access to state resources.  Through their political organizations from the GPC and the Yemeni Reform Group , their media outlets, their networks in the 1st Armored Division and the Republican Guard, as well as irregular armed militias, including AQAP , which is seen as an extension of one of these parties and employed to achieve different ends. . [33] Saleh found himself in alliance with the Houthi group by virtue of their involvement in the enemies.

On September 21, 2014 , the Houthis took control of Sana'a .Abed Rabbo Mansour Hadi and former Prime Minister Khaled Bahah resigned to the House of Representatives on January 19, 2015 . The Houthi authority was not internationally recognized. Negotiations under the auspices of the United Nations to end the presidential and government vacuum did not succeed, but former UN envoy Jamal Benomar spoke of an imminent agreement without the Saudi raids.

A coalition led by Saudi Arabia and the United Arab Emirates has been waging an air campaign since March 26, 2015, in a civil war involving mainly the parties to the 2011 crisis as well as separatists and jihadist groups, versus the Houthi and Ali Abdullah Saleh militias. The internationally recognized government has played a symbolic role, and since the escalation of the crisis in Riyadh has resided without a decision on reformist militias in the north, separatists in the south. While Yemen's problems are manifold and its various actors are responsible, the Houthis bear the greatest responsibility for the ongoing war.

According to the United Nations, about 9,000 civilian casualties have been confirmed, of which at least 3,000 have been killed by conservative estimates. She added that the Saudi coalition is responsible for twice as many civilian casualties than all other forces combined.  By December 2015 , two and a half million people had been displaced. Many archaeological sites from different historical periods have also been partially or completely destroyed. In addition to the systematic targeting of Sufi shrines in Hadhramaut.Kuwait hosted United Nations-sponsored negotiations between two delegations, one representing the Riyadh-based government, the other the Houthis and the General People's Congress, and UN envoy Ismail Ould Cheikh Ahmed announced the resumption of the talks a month after August 6, 2016 .