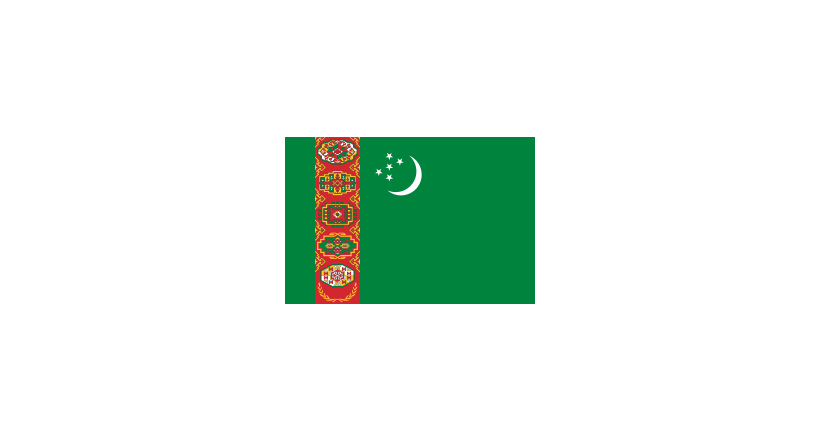 officially the Republic of Turkmenistan (Turkmen: Türkmenistan Respublikasy), is a country in Central Asia, bordered by Kazakhstan to the northwest, Uzbekistan to the north and east, Afghanistan to the southeast, Iran to the south and southwest, and the Caspian Sea to the west. Ashgabat is the capital and largest city of the country. The population of the country is 5.6 million, the lowest of the Central Asian republics. Turkmenistan is one of the most sparsely populated nations in Asia.

Turkmenistan has been at the crossroads of civilizations for centuries. In medieval times, Merv was one of the great cities of the Islamic world and an important stop on the Silk Road, a caravan route used for trade with China until the mid-15th century. Annexed by the Russian Empire in 1881, Turkmenistan later figured prominently in the anti-Bolshevik movement in Central Asia. In 1925, Turkmenistan became a constituent republic of the Soviet Union, Turkmen Soviet Socialist Republic (Turkmen SSR); it became independent upon the dissolution of the Soviet Union in 1991.

Turkmenistan possesses the world's sixth largest reserves of natural gas resources.Most of the country is covered by the Karakum (Black Sand) Desert. From 1993 to 2017, citizens received government-provided electricity, water and natural gas free of charge.

The sovereign state of Turkmenistan was ruled by President for Life Saparmurat Niyazov (also known as Turkmenbashi) until his death in 2006. Gurbanguly Berdimuhamedow was elected president in 2007. According to Human Rights Watch, "Turkmenistan remains one of the world’s most repressive countries. The country is virtually closed to independent scrutiny, media and religious freedoms are subject to draconian restrictions, and human rights defenders and other activists face the constant threat of government reprisal." After suspending the death penalty, the use of capital punishment was formally abolished in the 2008 constitution