Coat of arms of Tunisia 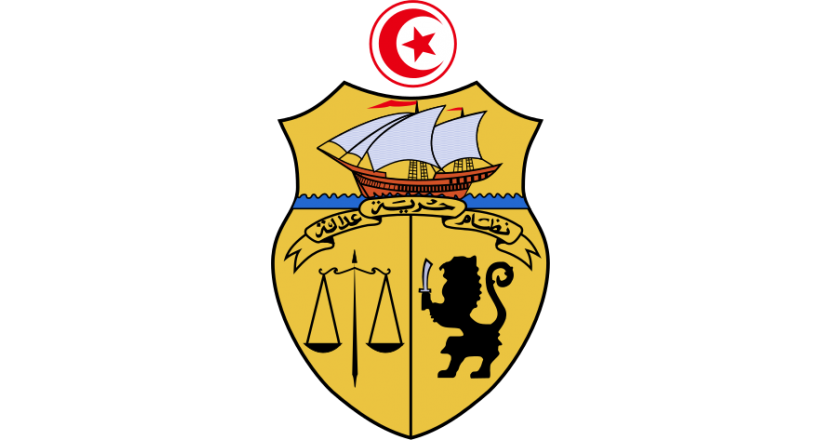 The coat of arms of Tunisia displays a Punic galley (symbol of freedom) along with a lion holding a sword (symbol of order), and a weighing scale (symbol of justice). In the centre, just under the ship, is the national motto written in Arabic: Freedom - Order  - Justice . The central emblem of the national flag is seen above the shield. The background is gold in all sections.

The first coat of arms of independent Tunisia are the Beylical coat of arms in use from 1861 to June 21, 1956, the date of adoption by beylical decree of the coat of arms of the Kingdom of Tunisia since March 20 of the same year.

Although formally adopted in 1861, they were already in use well before that date. They appear in particular on the cover of the book written by Henry Dunant and published in 1858