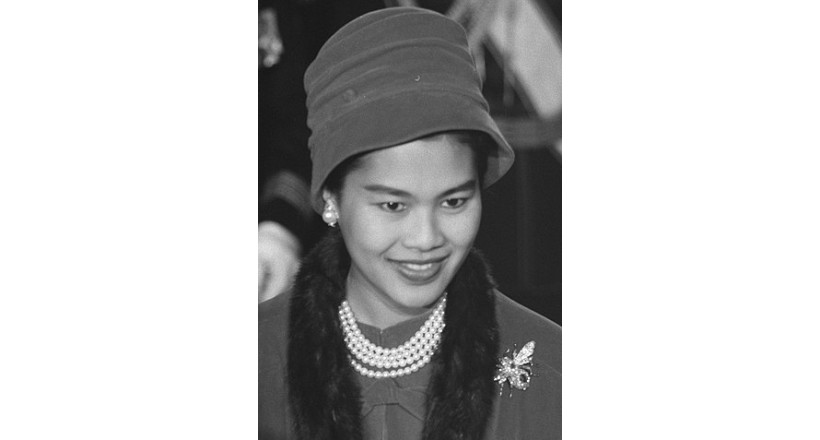 born Mom Rajawongse Sirikit Kitiyakara Sirikit Kitiyakon) on 12 August 1932) is the Queen mother of Thailand. She was the queen consort of King Bhumibol Adulyadej (or Rama IX) and is the mother of King Vajiralongkorn (or Rama X). She met Bhumibol in Paris, where her father was Thai ambassador. They married in 1950, shortly before Bhumibol's coronation. Sirikit was appointed queen regent in 1956, when the king entered the Buddhist monkhood for a period of time. Sirikit has one son and three daughters with the king. Consort of the monarch who was the world's longest-reigning head of state, she was also the world's longest-serving consort. Sirikit suffered a stroke on 21 July 2012 and has since refrained from public appearances

Sirikit was born on 12 August 1932, at the home of Lord Vongsanuprabhand, her maternal grandfather. She is the eldest daughter and the third child of Prince Nakkhatra Mangkala Kitiyakara, the son of Prince Kitiyakara Voralaksana, and Mom Luang Bua Snidvongs (1909–1999). Her name, which was given by Queen Rambai Barni, means "the greatness of Kitiyakara".

She had three siblings, two elder brothers and a younger sister:

Sirikit was raised by her maternal grandparents for a year after her birth, since her father was in the United States to work as the secretary of the Siamese Embassy at Washington, D.C. Her mother joined her husband three months later. When she was one year old, her parents returned to Thailand. Sirikit lived together with her family in Deves Palace, near the Chao Phraya River, Bangkok.

As a child, Sirikit often visited her paternal grandmother. Once in 1933, she travelled with Princess Absornsaman Devakula following King Prajadhipok's tour in Songkhla.[