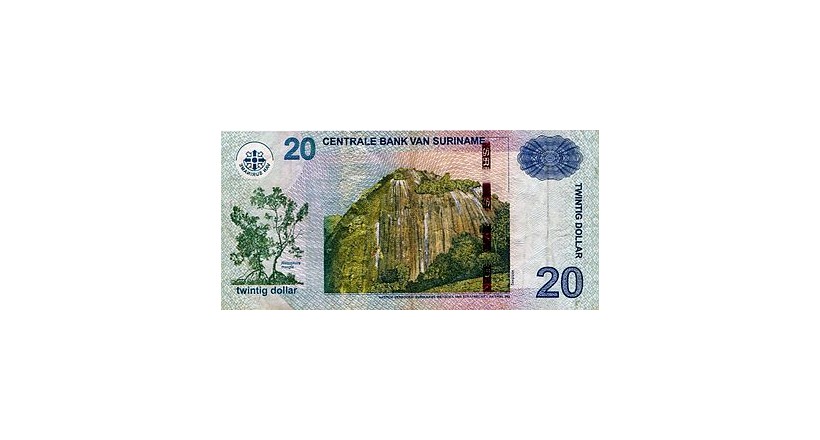 The Surinamese dollar (ISO 4217 code SRD) has been the currency of Suriname since 2004. It is normally abbreviated with the dollar sign $, or alternatively Sr$ to distinguish it from other dollar-denominated currencies. It is divided into 100 cents.

The dollar replaced the Surinamese guilder on 1 January 2004, with one dollar equal to 1,000 guilders. Initially, only coins were available, with banknotes delayed until mid-February, reportedly due to a problem at the printer, the Canadian Bank Note Company.

The old coins denominated in cents (i.e. ​1⁄100 guilder) were declared to be worth their face value in the new cents, negating the necessity of producing new coins. Thus, for example, an old 25-cent coin, previously worth ​1⁄4 guilder, was now worth ​1⁄4 dollar (equivalent to 250 guilders). The rebasing of coins explicitly did not apply to commemorative coins.

The people of Suriname often refer to their currency as SRD to differentiate it from the US dollar, which is also used to quote prices for electronic goods, household furnishings and appliances, and automobiles.