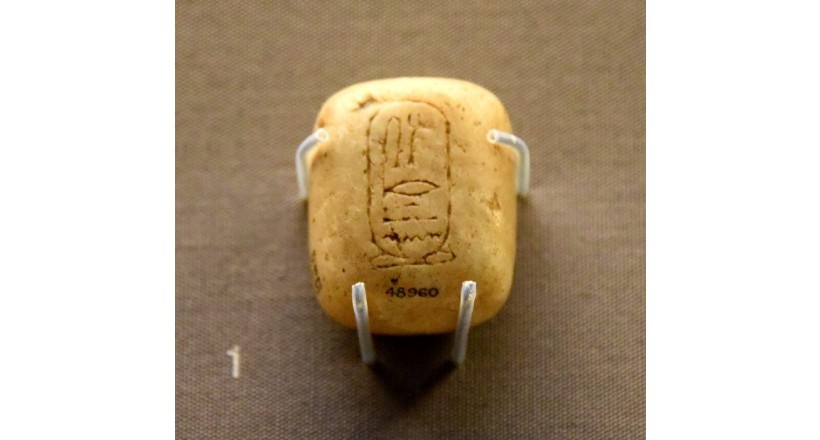 The one most frequently used being the comparison of the value of a commodity with a certain weght of copper or sometimes of silver and very seldom of gold . Although the metal is not explicitly mentioned in the texts but the etemology suggests it to have been originally a metal ring . From 13 grams during the old kingdom its weight was increased to 91 grams ( 7 * 13 grams ) during the middle kingdom . In the new kingdom it was divided into 10 kdt ( Coptic , kite ) of 9.1 grams each with lesser weights expressed as fractions of kdt ( Kite ) . Copper weights seem never to be lower than than 5 kdt ( Kite ) or one half Deben while the more precious metals are found with weights of less than 5 Kdt ( Kite ). In Pap Cairo 65739 .10 Deben of beaten copper cost 1 ( one ) kdt ( Kite ) of silver , while a vessel of bronze ( hsmm ) of 20 deben ( weight ) costs 2 kdt ( kite ) of silver so Deben of copper and bronz were not distinguished by the Egyptians . Prices expressed in deben of silver are rare in ostraca and no examples occur in debn of golden . Both however are found in in papyri though very seldom . Papyri of course were used to record official and thus more expensive transactions while the ostraca were used by the villagers to record private smaller transactions . It seem that in the daily life of the workmen's village the debn of copper was the usual means of expressing the prices of commodities