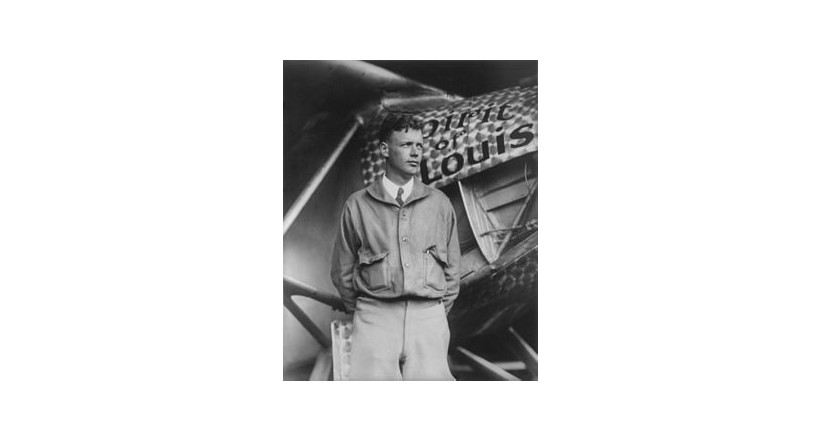 From an early age, Lindbergh had exhibited an interest in the mechanics of motorized transportation, including his family's Saxon Six automobile, and later his Excelsior motorbike. By the time he started college as a mechanical engineering student, he had also become fascinated with flying, though he "had never been close enough to a plane to touch it". After quitting college in February 1922, Lindbergh enrolled at the Nebraska Aircraft Corporation's flying school in Lincoln and flew for the first time on April 9, as a passenger in a two-seat Lincoln Standard "Tourabout" biplane trainer piloted by Otto Timm.A few days later, Lindbergh took his first formal flying lesson in that same machine, though he was never permitted to solo because he could not afford to post the requisite damage bond. To gain flight experience and earn money for further instruction, Lindbergh left Lincoln in June to spend the next few months barnstorming across Nebraska, Kansas, Colorado, Wyoming, and Montana as a wing walker and parachutist. He also briefly worked as an airplane mechanic at the Billings, Montana, municipal airport

The world's first nonstop transatlantic flight (though at 1,890 mi, or 3,040 km, far shorter than Lindbergh's 3,600 mi, or 5,800 km, flight) was made eight years earlier by British aviators John Alcock and Arthur Whitten Brown, in a modified Vickers Vimy IV bomber. They left St. John's, Newfoundland on June 14, 1919 and arrived in Ireland, the following day.

Around the same time, French-born New York hotelier Raymond Orteig was approached by Augustus Post, secretary of the Aero Club of America, and prompted to put up a $25,000 award for the first successful nonstop transatlantic flight specifically between New York City and Paris (in either direction) within five years after its establishment. When that time limit lapsed in 1924 without a serious attempt, Orteig renewed the offer for another five years, this time attracting a number of well-known, highly experienced, and well-financed contenders‍—‌none of whom was successful. On September 21, 1926 World War I French flying ace René Fonck's Sikorsky S-35 crashed on takeoff from Roosevelt Field in New York. U.S. Naval aviators Noel Davis and Stanton H. Wooster were killed at Langley Field, Virginia on April 26, 1927, while testing their Keystone Pathfinder. On May 8 French war heroes Charles Nungesser and François Coli departed Paris – Le Bourget Airport in the Levasseur PL 8 seaplane L'Oiseau Blanc; they disappeared somewhere in the Atlantic after last being seen crossing the west coast of Ireland.