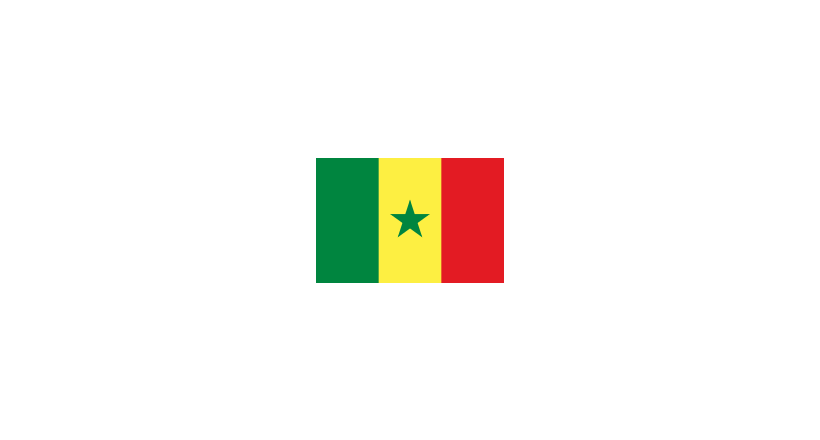 Senegal . officially the Republic of Senegal (French: République du Sénégal), is a country in West Africa. Senegal is bordered by Mauritania in the north, Mali to the east, Guinea to the southeast, and Guinea-Bissau to the southwest. Senegal also surrounds The Gambia, a country occupying a narrow sliver of land along the banks of the Gambia River, which separates Senegal's southern region of Casamance from the rest of the country. Senegal also shares a maritime border with Cape Verde. Senegal's economic and political capital is Dakar.

The unitary presidential republic is the westernmost country in the mainland of the Old World, or Afro-Eurasia, and owes its name to the Senegal River, which borders it to the east and north. Senegal covers a land area of almost 197,000 square kilometres (76,000 sq mi) and has an estimated population of about 16 million. The climate is typically Sahelian, though there is a rainy season.