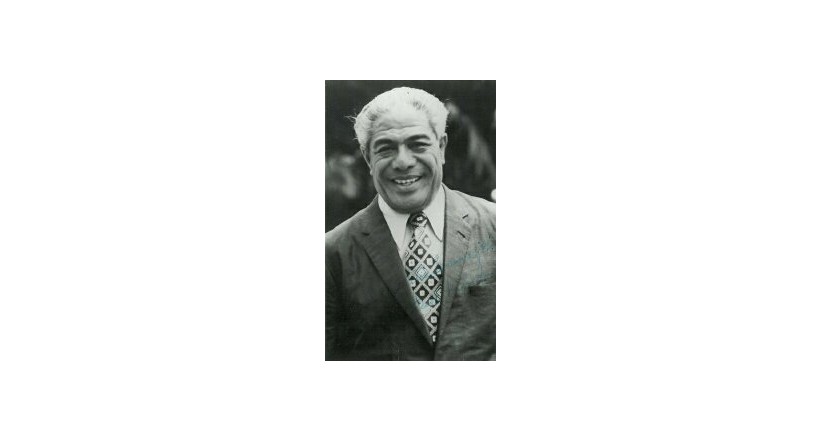 Malietoa Tanumafili II  (4 January 1913 – 11 May 2007), also called Susuga, was the Malietoa, the title of one of Samoa's four paramount chiefsand the head of state, or O le Ao o le Malo, a position that he held for life, of Samoa from 1962 to 2007. He was co-chief of state in 1962 and became the sole head of state on 15 April 1963. At the time of his death, he was the oldest national leader in the world. It is a common mistake that the Malietoa title is a title equivalent to a king-ship. Malietoa is known as the first warrior title, and is respected not as a King but as a Tamaaiga or Ao Mamalu ole Malo. He was the last incumbent president-for-life in the world.

He was born in 1913 as the son and third child of his parents, Malietoa Tanumafili I and Momoe Lupeuluiva Meleisea. He was chosen as the Mālietoa in 1940 following his father's death on 5 July 1939.

Tanumafili was educated at the government run Leififi School in Samoa. He went on to enroll at St. Stephen's School and Wesley College in Pukekohe, both of which are in New Zealand. Malietoa was an active athlete during his younger years. His favourite sports included boxing, rugby and cricket. Malietoa's interest in sports continued throughout his life and he was an avid golfer well into his 90s. He could often be seen driving his golf cart around Samoa.

Malietoa Tanumafili II was a follower of the Bahá'í Faith. He was the first President and the first serving head of state to be a member of that religion. The Bahá'í House of Worship in Tiapapata, eight kilometres from the country's capital of Apia, was dedicated by him in 1984.