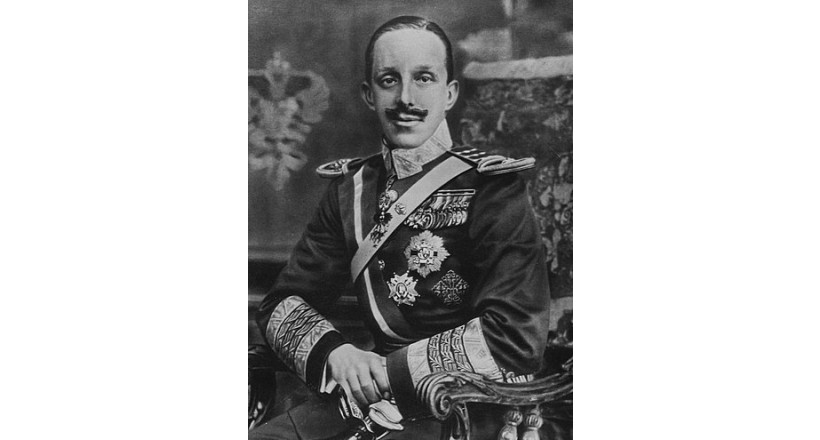 The death of his father, King Alfonso XII, on November 25, 1885, at the age of 27, caused a crisis that led to the government of the Bradsides, Matteo Sagesta, to stop the crown transfer until she gave birth to the widow of Maria Cristina de Habsburg , because she was pregnant at the time. When the Queen gave birth to the heir on 17 May 1886 Alfonso XIII was recognized as the king of Spain immediately, and this was considered a unique case in history.

During his reign, Spain faced four problems of paramount importance that helped eradicate liberal monarchy: the lack of genuine political representation of large social groups, the appalling situation of the popular classes, especially the peasantry, and the problems arising from the country war . And Catalan nationalism . This political and social upheaval, which began with the disaster of 98 when power-sharing parties prevented the establishment of a true liberal democracy, resulted in the dictatorship of Primo de Rivera, which the king accepted. But with the political failure of that dictatorship, the king pushed back to normal democratic life with a view to regenerating the regime. But the entire political class refused, because it felt betrayed by the king's support for the dictatorship of Primo de Rivera .

He left Spain voluntarily after the municipal elections of April 1931. It served as a referendum between the monarchy or the Republic. He died in Rome, and his remains were not transferred until 1980 to the basement of the remains of kings in the Escorial Monastery.