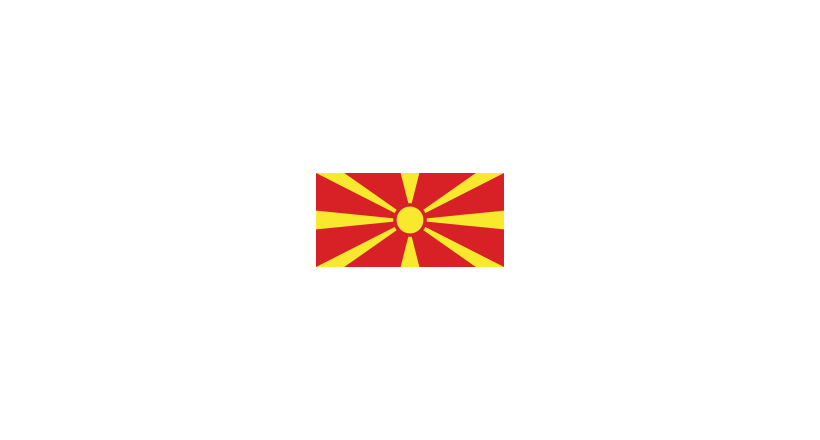 North Macedonia, officially the Republic of North Macedonia, is a country in the Balkan Peninsula in Southeast Europe. It is one of the successor states of Yugoslavia, from which it declared independence in September 1991 under the name Republic of Macedonia. A landlocked country, North Macedonia has borders with Kosovo to the northwest, Serbia to the northeast, Bulgaria to the east, Greece to the south, and Albania to the west. It constitutes approximately the northern third of the larger geographical region of Macedonia, and is defined primarily by mountains, valleys, and rivers. The capital and largest city, Skopje, is home to roughly a quarter of the nation's 2.06 million inhabitants. The majority of the residents are ethnic Macedonians, a South Slavic people. Albanians form a significant minority at around 25%, followed by Turks, Romani, Serbs, Bosniaks, and Aromanians.

The history of the region dates back to antiquity, beginning with the kingdom of Paeonia, presumably a mixed Thraco-Illyrian polity. In the late sixth century BC, the area was incorporated into the Persian Achaemenid Empire, then annexed by the kingdom of Macedonia in the fourth century BC. The Romans conquered the region in the second century BC and made it part of the much larger province of Macedonia. Τhe area remained part of the Byzantine Empire, but was often raided and settled by Slavic tribes beginning in the sixth century of the Christian era. Following centuries of contention between the Bulgarian, Byzantine, and Serbian Empire, it was part of the Ottoman dominion from the mid-14th until the early 20th century, when following the Balkan Wars of 1912 and 1913, the modern territory of North Macedonia came under Serbian rule.

During the First World War (1915–1918) it was ruled by Bulgaria, but after the end of the war, it returned under Serbian rule as part of the newly formed Kingdom of Serbs, Croats and Slovenes. Later, during the Second World War (1941–1944), it was ruled by Bulgaria again, and in 1945 it was established as a constituent state of communist Yugoslavia, which it remained until its peaceful secession in 1991. The country became a member of the United Nations in April 1993, but as a result of a dispute with Greece over the name "Macedonia", it was admitted under the provisional description the former Yugoslav Republic of Macedonia (abbreviated as FYR Macedonia and FYROM). In June 2018, Macedonia and Greece resolved the conflict with an agreement that the country should rename itself Republic of North Macedonia. This renaming came into effect in February 2019.

A unitary parliamentary constitutional republic, North Macedonia is a member of the UN, Council of Europe, World Bank, OSCE, PfP, CEFTA, and the WTO. Since 2005, it has also been a candidate for joining the European Union and has applied for NATO membership; it is expected to join the latter by the end of 2019. North Macedonia is an upper-middle-income country and has one of the lowest per capita GDPs in Europe. Despite that, the country has undergone considerable economic reform since independence in developing an open economy. North Macedonia ranks high in terms of human development, and provides a social security, universal health care system, and a tuition-free primary and secondary education to its citizens.