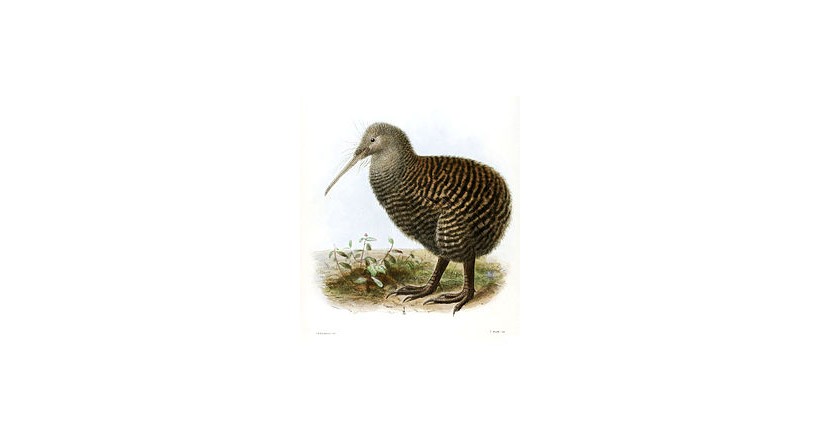 The great spotted kiwi, great grey kiwi or roroa (Apteryx haastii) is a species of kiwi endemic to the South Island of New Zealand. The great spotted kiwi, as a member of the ratites, is flightless. It is the largest of the kiwi. The rugged topography and harsh climate of the high altitude, alpine, part of its habitat render it inhospitable to a number of introduced mammalian predators, which include dogs, ferrets, cats and stoats. Because of this, populations of this species have been less seriously affected by the predations of these invasive species compared to other kiwi. Nonetheless, there has been a 43% decline in population in the past 45 years, due to these predators and habitat destruction. This has led it to be classified as vulnerable.There are less than 16,000 great spotted kiwis in total, almost all in the more mountainous parts of northwest Nelson, the northwest coast, and the Southern Alps. A minority live on island reserves.

This kiwi is highly aggressive, and pairs will defend their large territories (49 acres) against other kiwi. Great spotted kiwi are nocturnal, and will sleep during the day in burrows. At night, they feed on invertebrates and will also eat plants. Great spotted kiwi breed between June and March. The egg is the largest of all birds in proportion to the size of the bird. Chicks take 75 to 85 days to hatch, and after hatching, they are abandoned by their parents.