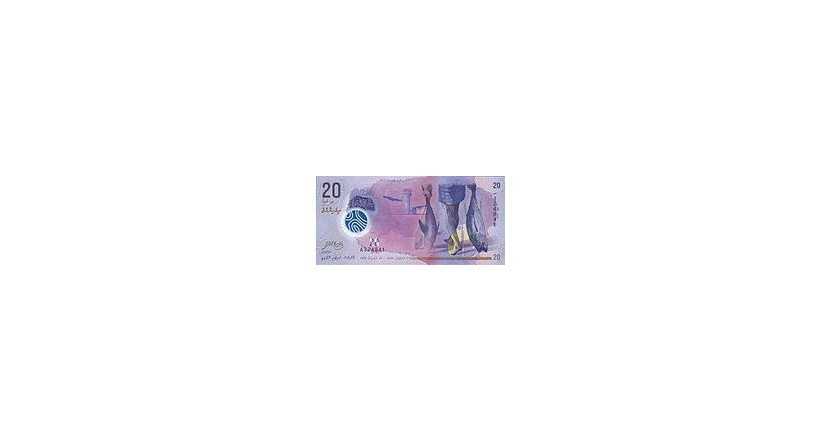 The earliest form of currency used in the Maldives was cowry shells (Cypraea moneta) and historical accounts of travellers indicate that they were traded in this manner even during the 13th century. As late as 1344, Ibn Batuta observed that more than 40 ships loaded with cowry shells were exported each year. A single gold dinar was worth 400,000 shells.

During the 17th and 18th centuries, lārin  (parallel straps of silver wire folded in half with dyed Persian and Arabic inscriptions) were imported and traded as currency. This form of currency was used in the Persian Gulf, India, Ceylon and the Far East during this time. Historians agree that this new form of currency was most probably exchanged for cowry shells and indicates Maldives’ lucrative trade with these countries. The first Sultan to imprint his own seal onto this currency was Ghaazee Mohamed Thakurufaanu Al Auzam. The seal was much broader than the wires hence it was barely legible.