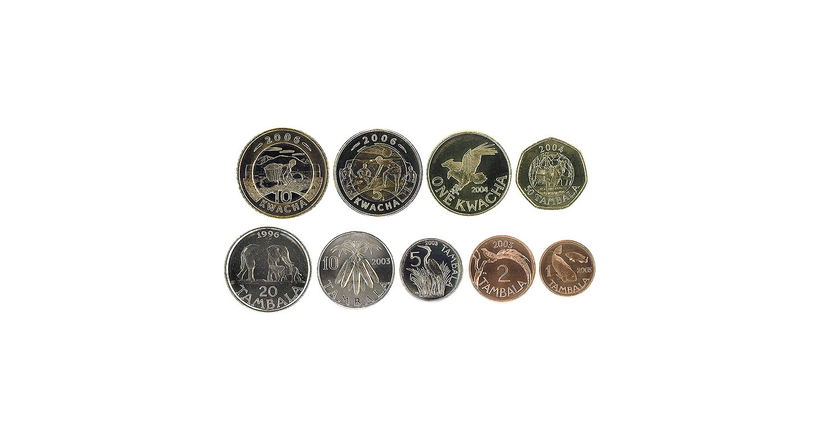 The kwacha (/ˈkwætʃə/; ISO 4217: MWK, official name Malawi Kwacha) is the currency of Malawi as of 1971, replacing the Malawian pound. It is divided into 100 tambala. The kwacha replaced other types of currency, namely the UK pound sterling, the South African rand and the Rhodesian dollar, that had previously circulated through the Malawian economy. The exchange rate of the kwacha undergoes fixed periodical adjustments, but since 1994 the exchange rate has floated. In 2005, administrative measures were put in place by Bingu wa Mutharika to peg the exchange rate with other currencies. Banknotes are issued by the Reserve Bank of Malawi. In May 2012, the Reserve Bank of Malawi devalued the kwacha by 34% and unpegged it from the United States dollar.The name kwacha was first used in Zambia where the Zambian kwacha was introduced in 1968. It derives from the Chinyanja or Chichewa word meaning "it has dawned", while tambala translates as "rooster" in Chichewa. The tambala was so named because a hundred roosters announce the dawn.

The kwacha replaced the Malawian pound in 1971 at a rate of two kwacha to one pound.