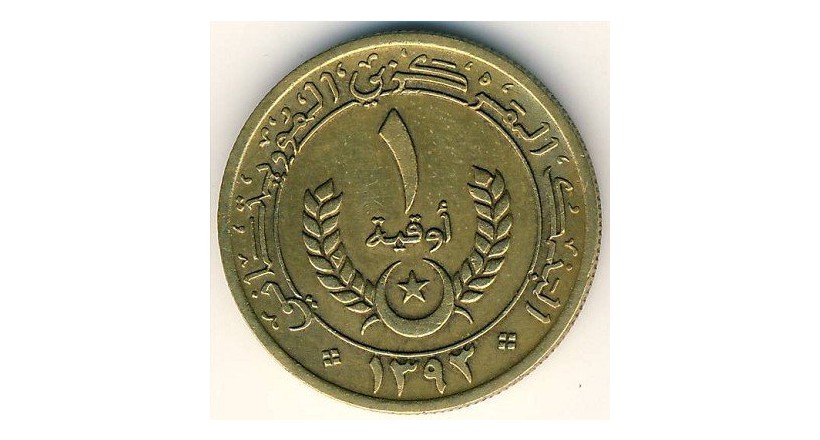 The ouguiya (sign: UM;Arabic: أوقية‎; currency code: MRU), also spelled "ougiya", is the currency of Mauritania. Each ouguiya constitutes five khoums (singular and plural in English, Arabic: خمس‎, meaning "one fifth"). As such it is one of two circulating currencies, along with the Malagasy ariary, whose division units are not based on a power of ten.