Ladislaus I of Hungary 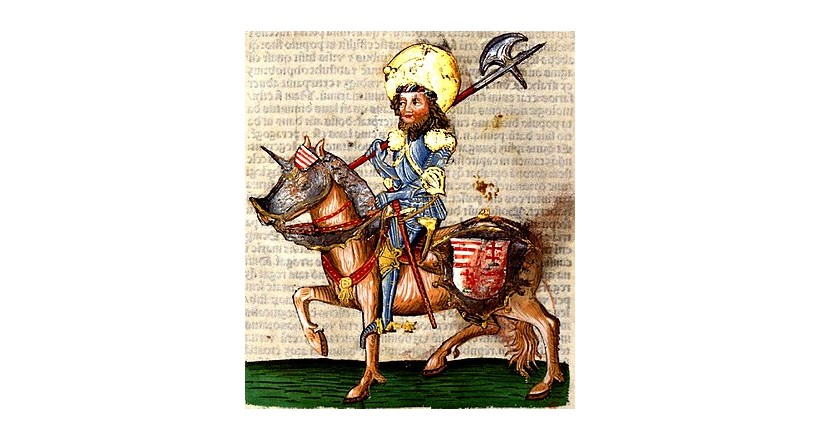 was King of Hungary from 1077 and King of Croatia from 1091. He was the second son of King Béla I of Hungary. After Béla's death in 1063, Ladislaus and his elder brother, Géza, acknowledged their cousin, Solomon as the lawful king in exchange for receiving their father's former duchy, which included one-third of the kingdom. They cooperated with Solomon for the next decade. Ladislaus's most popular legend, which narrates his fight with a "Cuman" (a Turkic nomad marauder) who abducted a Hungarian girl, is connected to this period. The brothers' relationship with Solomon deteriorated in the early 1070s, and they rebelled against him. Géza was proclaimed king in 1074, but Solomon maintained control of the western regions of his kingdom. During Géza's reign, Ladislaus was his brother's most influential adviser.

Géza died in 1077, and his supporters made Ladislaus king. Solomon resisted Ladislaus with assistance from King Henry IV of Germany. Ladislaus supported Henry IV's opponents during the Investiture Controversy. In 1081, Solomon abdicated and acknowledged Ladislaus's reign, but he conspired to regain the royal crown and Ladislaus imprisoned him. Ladislaus canonized the first Hungarian saints (including his distant relatives, King Stephen I and Duke Emeric) in 1085. He set Solomon free during the canonization ceremony.

After a series of civil wars, Ladislaus's main focus was the restoration of public safety. He introduced severe legislation, punishing those who violated property rights with death or mutilation. He occupied almost all Croatia in 1091, which marked the beginning of an expansion period for the medieval Kingdom of Hungary. Ladislaus's victories over the Pechenegs and Cumans ensured the security of his kingdom's eastern borders for about 150 years. His relationship with the Holy See deteriorated during the last years of his reign, as the popes claimed that Croatia was their fief, but Ladislaus denied their claims.

Ladislaus was canonized on 27 June 1192 by Pope Celestine III. Legends depict him as a pious knight-king, "the incarnation of the late-medieval Hungarian ideal of chivalry." He is a popular saint in Hungary and neighboring nations, where many churches are dedicated to him.