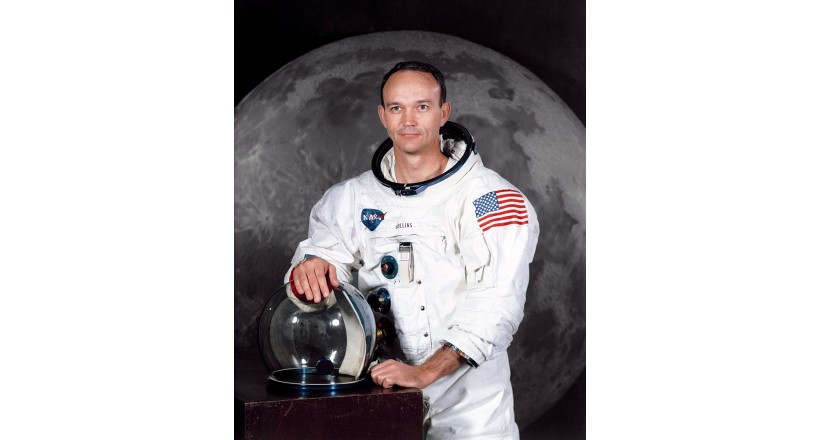 Michael Collins (born October 31, 1930) is an American former astronaut who flew the Apollo 11 command module Columbia around the Moon while his crewmates, Neil Armstrong and Buzz Aldrin, made the first crewed landing on the surface. He was a test pilot and major general in the US Air Force Reserves.

Selected as part of NASA's third group of fourteen astronauts in 1963, Collins flew in space twice. His first spaceflight was on Gemini 10 in 1966, in which he and Command Pilot John Young performed orbital rendezvous with two different spacecraft and undertook two extravehicular activities (EVAs, also known as spacewalks). On the 1969 Apollo 11 mission he became one of 24 people to fly to the Moon, which he orbited thirty times. He was the fourth person (and third American) to perform a spacewalk, the first person to have performed more than one spacewalk, and, after Young, who flew the command module on Apollo 10, the second person to orbit the Moon alone.

Prior to becoming an astronaut, Collins graduated from the United States Military Academy with the class of 1952. He joined the United States Air Force, and flew F-86 Sabre fighters at Chambley-Bussières Air Base, France. He was accepted into the U.S. Air Force Experimental Flight Test Pilot School at Edwards Air Force Base in 1960.

After retiring from NASA in 1970, Collins took a job in the Department of State as Assistant Secretary of State for Public Affairs. A year later, he became the director of the National Air and Space Museum, and held this position until 1978, when he stepped down to become undersecretary of the Smithsonian Institution. In 1980, he took a job as vice president of LTV Aerospace. He resigned in 1985 to start his own consulting firm. Along with his Apollo 11 crewmates, Collins was awarded the Presidential Medal of Freedom in 1969 and the Congressional Gold Medal in 2011.