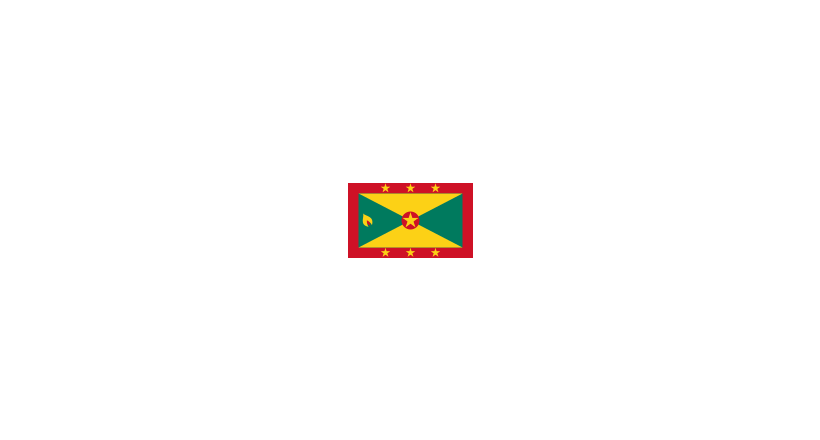 Grenada:  is a sovereign state in the West Indies in the Caribbean Sea at the southern end of the Grenadines island chain. Grenada consists of the island of Grenada itself plus six smaller islands which lie to the north of the main island. It is located northwest of Trinidad and Tobago, northeast of Venezuela and southwest of Saint Vincent and the Grenadines. Its size is 348.5 square kilometres (134.6 sq mi), and it had an estimated population of 112,200 in July 2018. Its capital is St. George's Grenada is also known as the "Island of Spice" due to its production of nutmeg and mace crops, of which it is one of the world's largest exporters. The national bird of Grenada is the critically endangered Grenada dove.

Before the arrival of Europeans in the Americas, Grenada was inhabited by the indigenous Arawaks and later by the Island Caribs. Christopher Columbus sighted Grenada in 1498 during his third voyage to the Americas. Although it was deemed the property of the King of Spain, there are no records to suggest the Spanish ever landed or settled on the island. Following several unsuccessful attempts by Europeans to colonise the island due to resistance from the Island Caribs, French settlement and colonisation began in 1650 and continued for the next century. On 10 February 1763, Grenada was ceded to the British under the Treaty of Paris. British rule continued until 1974 (except for a period of French rule between 1779 and 1783). From 1958 to 1962 Grenada was part of the Federation of the West Indies, a short-lived federation of British West Indian colonies. On 3 March 1967, Grenada was granted full autonomy over its internal affairs as an associated state.